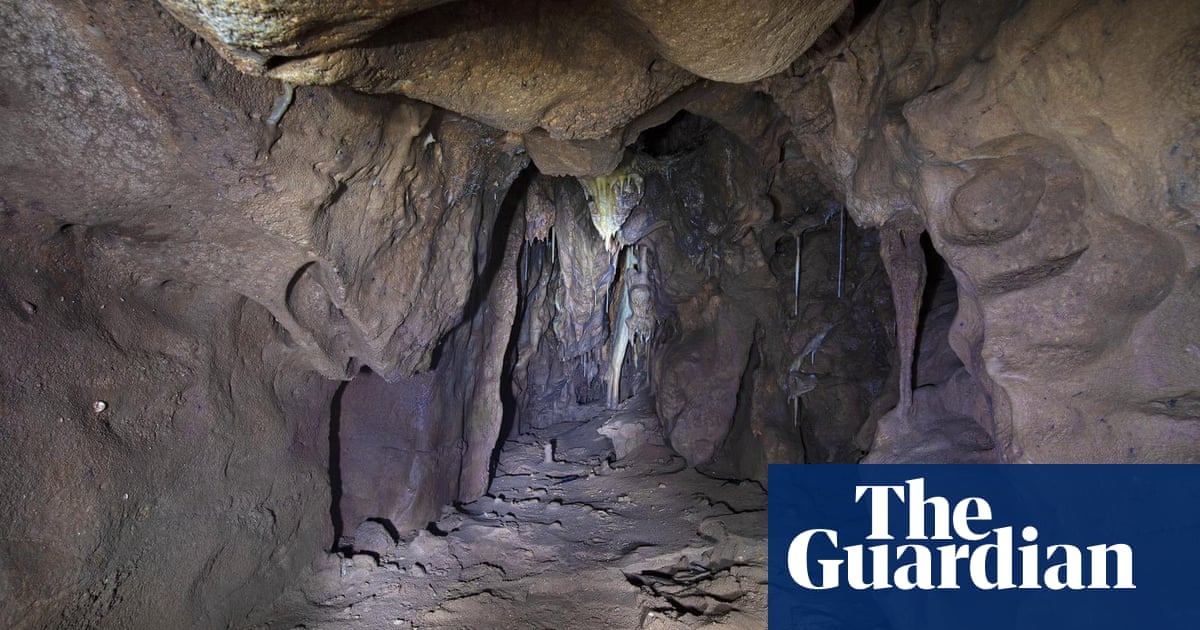 Researchers have found a new chamber in a cave network under the Rock of Gibraltar that has been sealed off from the outside world for at most 40,000 years. This could shed light on the culture, customs, and history of the Neanderthals, who lived there for more than a thousand generations.
Experts began to examine Vanguard Cave, a part of the Gorhams Cave Complex, in 2012 to determine its true dimensions, and to check if it contained passages or chambers that were plugged with sand.

The team was led by Prof Clive Finlayson (evolutionary biologist and director of Gibraltar National Museum). They found a crack in the sediment that they had to widen and then crawled through. They found a 13-meter gap in the cave's roof where stalactites were hanging from the ceiling. Broken curtains of rock also suggested that the cave had been damaged by an earthquake.

Finlayson said that it was quite a room. It's almost like finding the tomb of Tutankhamun. You are entering a space no one has been to in 40,000 years. Its quite sobering, really.

The large wing bone from a Griffon vulture, the vertebrae of a spotted Hyena and the leg bone from a Lynx were scattered across the chambers' surface.

Finlayson said that something dragged the items into the cave a long, time ago. Six to seven scratched claw marks were also found on the cave's walls. This type of claw mark is usually associated with bears, and there are bear remains in the cave. However, they seem a little small to me. It is possible that the lynx with the femur found was scratching on walls.

The bones are fascinating in their own right, but the team also discovered a large dog whelkshell that could be a sign of human intervention.

The entrances to the Bennetts and Gorhams, Vanguard, Hyaena, and Vanguard caves can be seen from the left. These caves form the main Gorhams caves. Photograph: Clive Finlayson/Gibraltar Museum

The professor stated that the cave's top is 20m above the sea level. This means that it was probably taken up by someone before 40,000 years ago. This is a sign that humans have been there.

The team also found evidence of Neanderthal occupation in caves. They discovered stone tools and hearths as well as the remains of dead animals such red deer, ibex and seals. The milk tooth of a Neanderthal child aged four was discovered by researchers in an area frequented hyenas four years ago.

Finlayson said that they are still searching for the child, but that there was no Neanderthal occupation at that level. We suspect the hyenas killed the child and dragged the girl into the cave back. We are still looking for more information about that child.

They are hopeful that the team's dig from the top of the cave will lead to side chambers or even a burial site.

Finlayson said that one of the things we have found is evidence of occupation campfires on several levels of this cave. I am speculating, but we don't know where their bodies were buried. While it is possible that a chamber in the cave's back could be a hint at total speculation, you wont bury someone in your kitchen or living room.

Researchers are planning to continue exploring and excavating, but they believe that the new area may yield valuable clues about the existence of these Mediterranean Neanderthals.

Finlayson said that these caves provide a lot of information about their behaviour. They were far more than the primitive, ape-like creatures that we used to think of. Instead of being brutish and primitive, they were capable of many of the same things as modern humans. Even more, we know they interacted genes.

The professor believes that the search goes beyond finding skeletons. It is also about discovering who the Neanderthals are, how they died and how they survived.

He said that I am proud to have passed my test and found two-point-something% Neanderthal DNA. They are still around, so it is possible that they didn't die out.
team culture neanderthal light cave shed neanderthals quite things researchers chamber discovery finlayson caves gibraltar occupation
2.2k Like

Study confirms ancient Spanish cave art was made by Neanderthals

Spanish cave art was made by Neanderthals, study confirms

The World's Longest Cave System Just Got Even Bigger