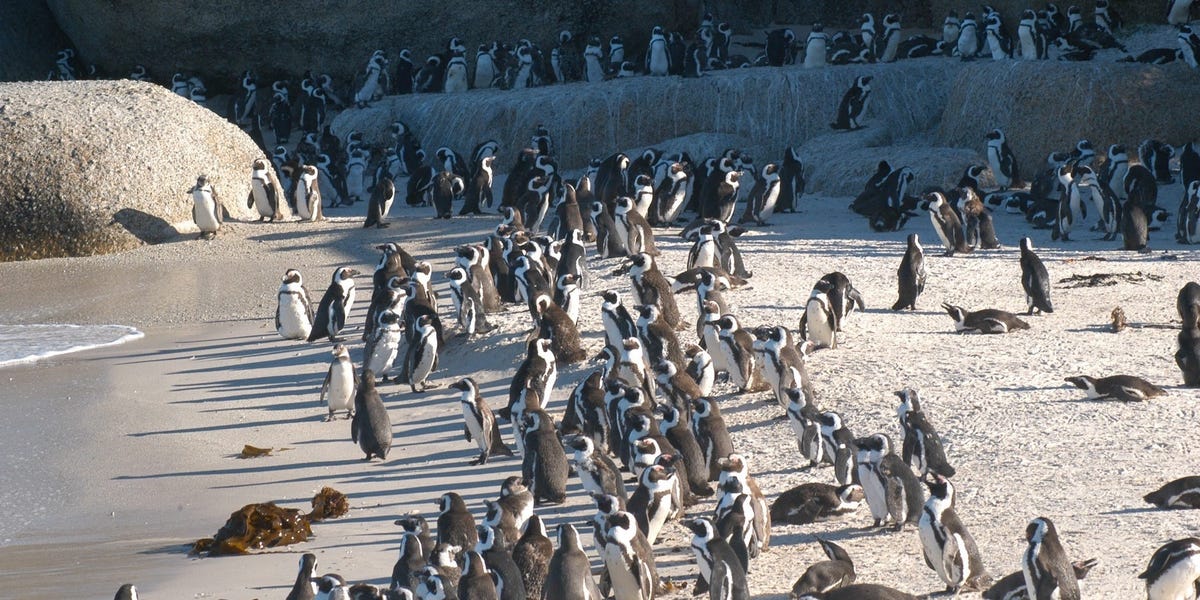 A swarm of bees has killed dozens of endangered South African penguins.
These birds belonged to a famous penguin colony that lives near Cape Town in South Africa.

Scientists were puzzled by the discovery.

According to the Southern African Foundation for the Conservation of Coastal Birds, dozens of endangered African penguins were decimated by a swarm of honeybees last week on a Cape Town beach.

Rangers were shocked when they discovered 63 dead penguins near Simon's Town last Week. This is the home of the famous Boulders Penguin Colony, which houses about 3,000 African penguins.

The Guardian reported that experts have been puzzled by the discovery, describing it as a "very rare event".

According to The Guardian, David Roberts (clinical veterinarian at the foundation) stated that he found bee stings in the eyes of penguins after conducting tests. "There were also dead honey bees."

Roberts stated that the stings were small enough that they could be easily missed and that it took several attempts to locate them, according to The Times.

"We checked all the bodies and found that stings were still present around the eyes in nearly all the birds," he said. According to The Times, he stated that he found more than 20 stings among some birds.

Most likely, the toxins from the stings caused the birds to die.

This area is part of a national park, and honeybees are a part of it.

Scientists are investigating the possibility of a disturbed beehive causing bees to swarm and become defensive.

According to Sanccob, such incidents are rare. Only two instances of penguins being stung by bees have occurred in the last 20 years.

According to the International Union for Conservation of Nature, African penguins are listed on the red list of endangered species. In the last 30 years, penguin numbers have declined by 73%.
townbeesafricankilledrareweekdozensaccordingeyesswarmtargetingstingsbirdspenguinssouthendangered
2.2k Like