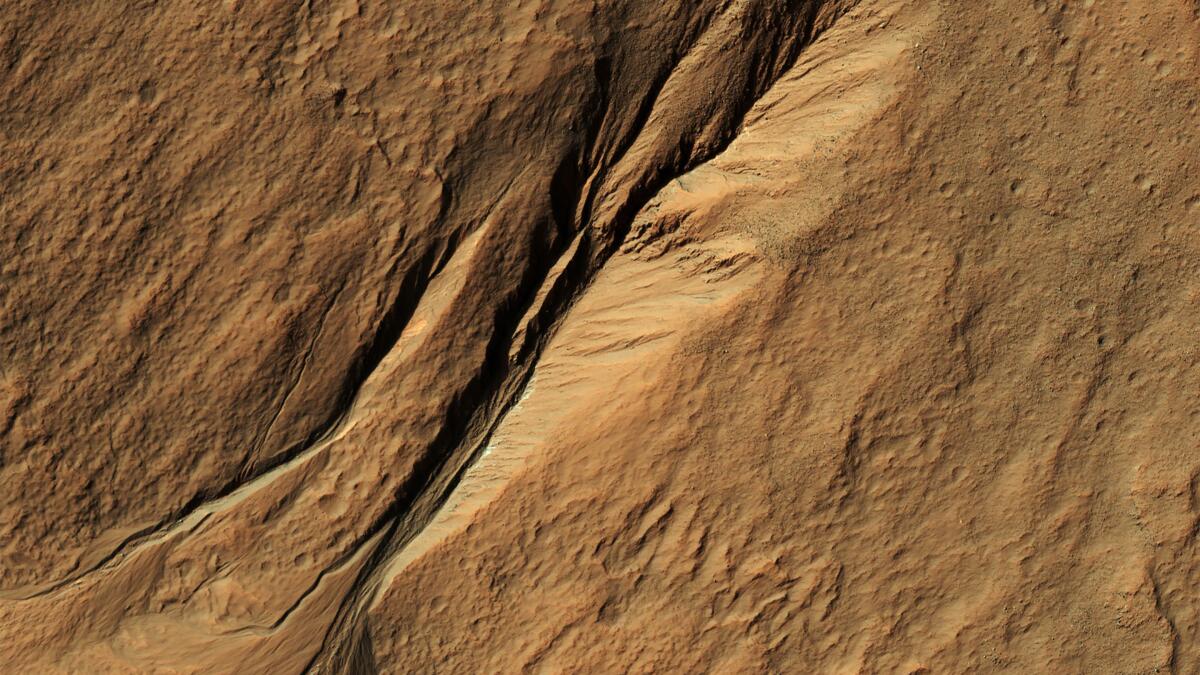 Mars is still alive. (Geologically.
NASA reported recently that the InSight lander, which was sent to study geologic activity below Mars' surface, recorded its largest quakes on Sept. 18. The 4.2 temblor was a powerful enough quake to be felt by people if it had occurred on Earth. It lasted for an hour and a half.

NASA stated that the event was "one the largest, longest-lasting Marsquakes" it had ever detected.

InSight also stated that the 4.2 magnitude quake was the third major quake it had observed over the past month. On Aug. 25, a magnitude 4.2 and 4.1 quake struck.

InSight was launched on Mars in November 2018, and scientists continue to study how geologically active Mars is. Solar-powered InSight has recorded hundreds of earthquakes, which suggests that there may be volcanically active areas in the Martian underground. This could mean hot molten rock (magma), moving and flowing just like it does on Earth.

NASA researchers are still analyzing the September quake. However, they have found that the August marsquakes were far away from the area where the other quakes originated on the Cerberus Fossae plains.

NASA wrote that Valles Marineris is an intriguing possibility. It's a long canyon system that runs along the Martian equator. This is approximately 6,000 miles away from InSight.

NASA engineers devised a clever strategy to keep the seismometer working and record quakes over recent months. InSight's solar panel had been covered by dust as Mars orbit moved it further from the sun. The machine was unable to get enough sunlight. NASA instructed InSight to "trickle" the sand close to a solar panel. This was in hopes that wind would sweep sand grains over the panel and remove any dust.