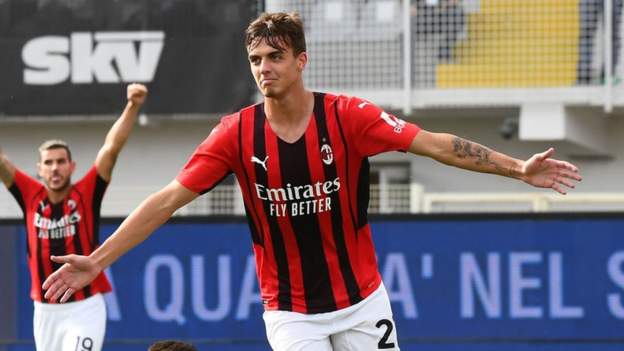 As Stefano Pioli's side defeated Spezia in Serie A, Daniel Maldini became the third generation to score for AC Milan.

Three minutes into the second period, the 19-year old, the son of Paolo Maldini as well as the grandson of Cesare Maldini, led the visitors to the front.

Maldini's goal was 13 years, 179 days after his father Paolo's last league goal and 60 years, 22 days after his grandfather Cesare's last Serie A goal.

Milan is now at the top of the table with the win, one point ahead of Napoli. Napoli can be replaced by Milan if they beat Cagliari at home on Sunday.
windaystargetmilanacminutesspeziapaolovisitorsseriemaldininarrowdaniel12secondheadedgoal
2.2k Like