How Apple TV's 'Foundation' is different from the books 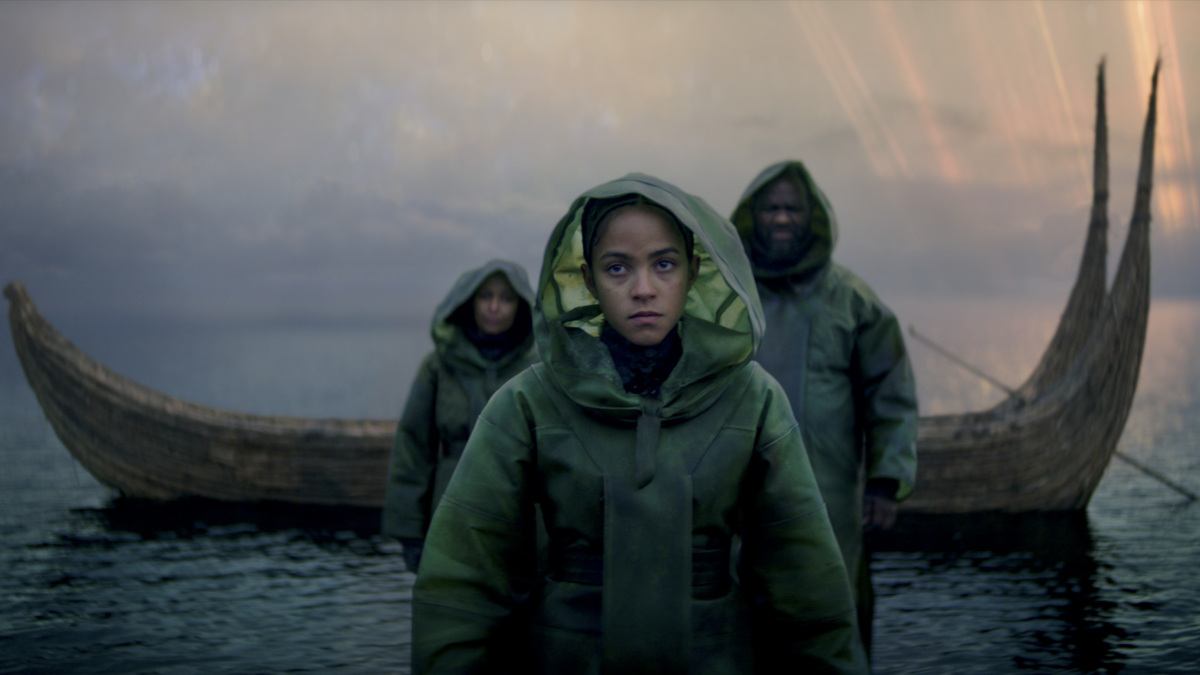 It would be an understatement to say that Apple TV+'s Foundation diverges somewhat from its source material.
Foundation is an adaptation of Isaac Asimov’s science fiction novels. Foundation is more interested in telling a story that is true to Asimov's universe than in following the source material. The basic plot is the same: Hari Seldon (Jared Harris), a mathematician, foretells that the Galactic Empire will fall thanks to his theory on psychohistory. He knows the inevitable fall and establishes the Foundation to preserve knowledge and civilization for the future.

Foundation tweaks this story in some very big ways. This is a reasonable approach considering Asimov's vast work. Foundation books are collections that combine novellas and stories. These events can span hundreds of years. The characters who appear in one story might be long gone in the next. And so much more happens between stories that we don't see on the page. This makes it difficult to create a TV show that is faithful to the original books.

These are the most significant changes that Foundation has made to date. This contains spoilers for both the show and books so be aware!

Drawing from the prequels

Let's not forget about the fact that Foundation has been omitted from "The Psychohistorians". Now let's discuss one of the most obvious changes to Foundation: The Emperors. Brother Dawn (Cooper Carter), Brother Day, and Brother Dusk are genetic clones (Terrence Mann), of Emperor Cleon at three stages in his life cycle. Although Emperor Cleon appears in prequels to Foundation, he is not in Foundation or "The Psychohistorians", but he does not clone. This is a huge departure from the Foundation novels which have no cloning. Foundation's scope allows for character continuity through the seasons thanks to the genetic dynasty.

Gaal is one among many Foundation characters that has been gender-swapped in this series. Perhaps the most significant change in her character is that now she has a personality. Gaal, in "The Psychohistorians", is basically an audience surrogate who presents the reader to Hari and Trantor. We know nothing about him except that he is a talented mathematician from Synnax.

Gaal, who is still gifted in mathematicians, appears on the show. She's also still from Synnax. She has a much more detailed backstory that involves the tensions between science and religion on Synnax. This has made her a pariah. Asimov doesn't discuss Synnax’s culture so everything about the Church of the Seer, and the purges of scientists, is completely new. These changes add more texture to Foundation's universe, making Gaal an even more compelling character.

Do you remember the whole sequence in which terrorists from Anacreon or Thespis destroy Trantor’s Starbridge and cause it to crash into the Earth in spectacular fashion. Foundation doesn't have any of this. The Starbridge is not even found in Foundation. Although Asimov's novels are very sparse on large action sequences, their inclusion here helps to visualize the difficulties the Galactic Empire faces.

As the Starbridge incident was an invention for the show the political fallout and subsequent bombings of Anacreon, Thespis and Thespis are also deviations from Asimov’s books. Despite this, Anacreon is a prominent part of the Foundation stories, particularly "The Encyclopedists", and "The Mayors." Thespis is, however, not real. This name could be a reference To Asimov's "Fair Exchange" short story. About a time traveler trying to save Gilbert and Sullivan’s musical score for Thespis.

The Foundation's journey to Terminus from Trantor is not covered in the Foundation novels. Therefore, everything in Gaal's and Hari's stories is entirely new. Raych and Gaal never even meet in books. Raych does not kill Hari, and Hari doesn't make it to Terminus. (He does actually die in the books but it's not shown.

As more episodes of Foundation stream on Apple TV+, we'll keep this post updated and possibly deviate even further from Asimov’s novels.

They Said Foundation Couldn't Be Filmed, and It Still Hasn't Been