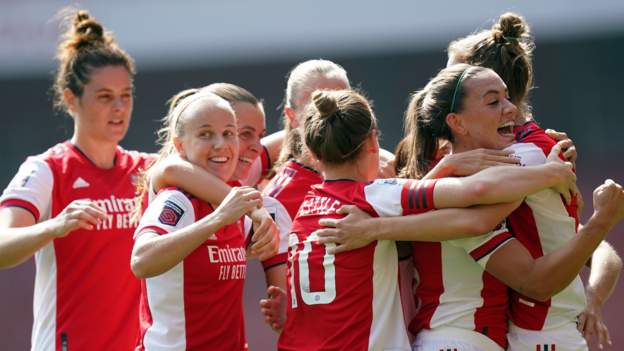 Last update on. From the section Women's Football
Arsenal is in a Champions League group along with Hoffenheim, Barcelona and Danish club Koge

Arsenal's Women’s Super League match at Aston Villa has been moved to allow the Gunners more time to prepare for a Champions League tie with Barcelona.

The match between Villa and London was originally scheduled for Sunday 3 October, but it has been moved to Saturday 2 October at 17.15 BST.

BBC Two and BBC iPlayer both will continue to broadcast the match live.