Climate change: Whisper it cautiously... there's been progress in run up to COP26 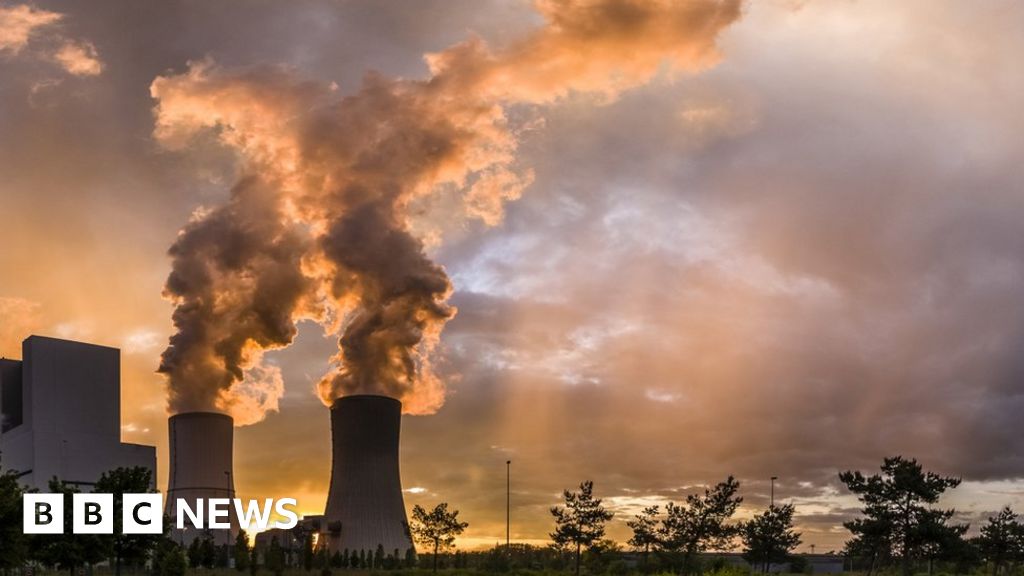 Climate change: Be careful... there has been progress up to COP26. Published 1 hour ago
Image source: Reuters caption Steam rises out of a South African coal-fired power plant. An announcement from China could mean that fewer such plants will be built.

There are just five weeks before world leaders meet in Glasgow to discuss climate change. Roger Harrabin and Matt McGrath of the BBC examine the progress made and remaining issues at the UN gathering.

As countries recognized the severity of the global climate change situation, the UN General Assembly (UNGA), this year was dominated by the theme of climate change.

The effects of rising temperatures can be felt all over the globe with extreme wildfires, storms, and floods occurring on scales seldom seen.

Boris Johnson, UN climate change coordinator, stated that it was time to "grow up" in this context.

Prime Minister David Cameron fought for November's UN Climate Summit to be held in Britain. It's evident that he and the UK see themselves as global leaders in dealing with this threat to our planet.

The UN's bizarre, but powerful speech by Sophocles harnessed the Greek tragedydian Sophocles to criticize other leaders for acting like teenagers waiting for someone to clean up their mess.

Was it encouraging or annoying? It's still not clear.

How does Johnson do with his own policies?

Even the most disgruntled environmentalist would give him high marks in goal-setting. The UK has pledged to reduce its emissions by 78% by 2035, which is a significant improvement on the 1990 baseline.

This does not include emissions from overseas that are created during the manufacturing of goods purchased in the UK. But, leave it aside for now because Britain isn't on track to reach the 78% target anyway.

According to a report, its current plans will not deliver more than 25% of the reductions required to reach the goal. This was confirmed by the government.

It stated that little progress had been made in recent years in areas like power, waste, and agriculture (a major source for emissions).

The government has pledged to implement effective policies before the November conference (known as COP26) is held in Glasgow. It has had disagreements over gas boilers and farm subsidies as well as aviation. And, of course, how to fund the zero-carbon revolution.

Furthermore, many of the current policies taken by Johnson will increase emissions, rather than decrease them.

He doesn't oppose a coal mine in Cumbria, or oil drilling off Shetland. In fact, he is cutting taxes on flying. And he is building new roads and the railway HS2 despite the huge amount of CO2 used to build the infrastructure.

These warnings are from environmentalists.

What did the major emitters China, USA say?

Both China and the United States used the UN platform for important progress.

By announcing a substantial increase in the US's financial contribution to climate assistance, President Biden reaffirmed his commitment to a multilateral approach on climate change.

The US will pay $11.4bn annually in climate finance in the future, double what they had previously agreed to at an April leader's summit.

Jennifer Tollman, who is with E3G (a think tank on climate change), said that "It's welcomed but not sufficient."

"This bill still must be passed by Congress. Even if it does, the doubling won't happen until 2024.

China's announcement that it will not build more coal plants in the overseas was another major climate story.

This is the second consecutive year that China's President Xi Jinping uses the forum to announce important climate policies.

Although critics pointed out that China was already slowing down these projects by now, the general reaction has been positive.

"Beijing was the last man standing to support coal projects in the developing world. These projects' bans will have a significant impact on the future global energy landscape.

The new commitment is still not clear on its meaning, when it will come into effect and what it will accomplish. Analysis suggests that it will result in the cancellation or modification of 11 coal projects in eight African countries.

Although they applaud the move, experts stated that they want more clarity from China regarding its plans to reduce its dependence on coal.

China's dependence upon coal has led to an increase in its share of global coal-fired electricity generation to 53% by 2020.

"The main thing is for China pledge a major reduction in its emissions now and in the next decade as have US, EU, and other countries," tweeted Todd Stern, former US climate ambassador.

China accounts for 27% global CO2 emissions. There is no way to preserve 1.5C unless China does the right thing," he wrote. He was referring to the temperature threshold scientists believe to be the threshold for highly dangerous warming.

Is there any other place where progress was made?

It is best to keep it quiet, but UNGA made a few announcements that suggested progress was being made.

E3G has identified the following highlights.

The US, EU, and other countries have pledged to reduce methane emissions by 30% before 2030

Costa Rica and Denmark launch a Beyond Oil and Gas Alliance in an effort to phase out fossil fuels.

Turkey has ratified the Paris Agreement, and is working on a carbon reduction plan.

Brazil indicated that it would not block talks in Glasgow on carbon markets. This is one of the most important issues remaining from the Paris Agreement.

India may be heading towards submission of a new NDC prior to Glasgow, according to reports.

What are the main challenges ahead?

Despite the positive signs of progress at the UN meeting there are still many important questions.

Many countries, including India and China, have not yet submitted carbon reduction plans. They are expected to do so before the summit.

Equally important, the developed countries are still struggling to raise the $100bn per year that is supposed to flow to the developing nations starting in 2020.

There are just five weeks until Glasgow and diplomats are hard at work to secure a figure that will be a symbol for trust between poor and rich nations.

It may take some creativity to get to the key number.

Jennifer Tollman, BBC News: "One thing that is floating around, but is not certain to land is this idea $500bn over five year."

One of the other big questions is coal.

It will be discussed at the Pre-COP meeting next week in Milan. It will be important that it is on the agenda of the G20 heads meeting in Rome just days before Glasgow.

G20 countries account for 80% of global carbon emissions. If they can come together and make a strong statement that says that coal is dead, it will give COP26 a huge boost.

Scientist Warns of Megadroughts That Could Collapse Entire Civilizations