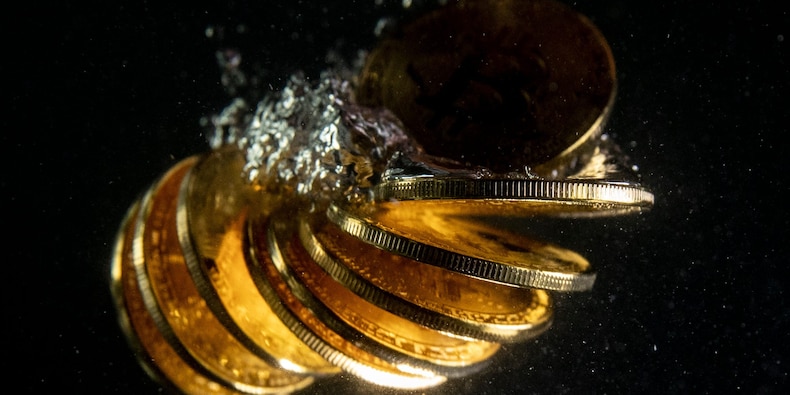 China stated that virtual currencies do not have the same legal status as fiat currency.

Bit Digital and Coinbase were two other crypto-linked stocks which lost ground.

After China declared that all crypto-related transactions were illegal, shares of bitcoin miners and other stocks linked to the cryptocurrency space fell Friday. The country's ongoing crackdown on digital assets has also contributed to a drop in bitcoin's price.

According to a translation of its statement, the People's Bank of China stated that Bitcoin and ether are not legal and should not be and cannot be used in the market. It stated that virtual currencies are not legal as fiat currency, because they are issued by non-monetary authorities using encryption technology.

US shares of Marathon Digital, a bitcoin miner worth around $3.6 billion, dropped 7% premarket and fell as high as 8.4% when they reached $34.53. Bit Digital and Riot Blockchain, both bitcoin miners, fell 7% and 7.9% respectively.

Beijing has been tightening its grip on cryptocurrency operators, which is weighing down on the prices of digital coins. China had previously shut down bitcoin mining operations in China, citing environmental concerns. There are also concerns that digital assets could be used for financial crimes.