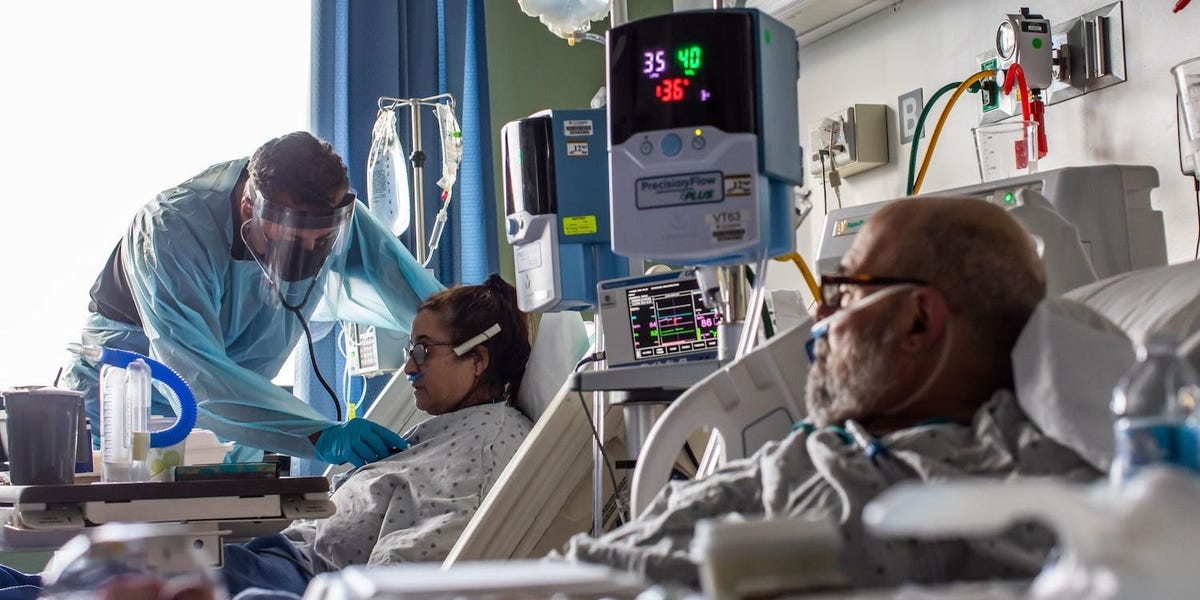 BuzzFeed News reported that a COVID-19 patient's relatives threatened to sue a doctor for refusing to use ivermectin.
A family member of the patient said that they had "ways to get people doing something" with their gun safe.

These threats are part of a wider pattern of violence against medical personnel during the pandemic.

BuzzFeed News reported that a family member of a COVID-19 victim in Boise threatened to sue a doctor for refusing to treat him with ivermectin.

Dr. Ashley Carvalho recalls how police had to take the man's son in-law out of the hospital. He told her that he didn't want to do it and that he had a lot more ways to get people involved. BuzzFeed News reports that he was able to tell BuzzFeed News that he has a lot of options.

The FDA has warned that COVID-19 patients should not use Ivermectin as a deworming medication. This drug is being promoted widely in conspiracy theories circles as a treatment to COVID-19, often by people who refuse to get vaccinated.

BuzzFeed News reported that Carvalho said that her hostility towards healthcare workers and a recent surge in COVID-19 cases is taking its toll. She also stated that she is more anxious than ever before vaccines became available.

She said, "It's just kinda like a hopeless feeling."

Carvalho's threat is part of a wider trend of violence against medical personnel during the pandemic.

Karen Garvey, Parkland Health & Hospital System's vice president for patient safety and clinical risks management, stated to the Texas Tribune that her hospital had seen an increase in violent threats since the outbreak.

Garvey stated that there have been instances of "people being punched in their chests, having urine thrown at them, and inappropriate sexual behavior in front staff members." Garvey also stated that medical staff were called names and subject to racial slurs, as well as having their noses broken.

Natalie Higgins is a CoxHealth nurse in Springfield, Missouri. She told KYTV that there were more verbal and physical assaults at her hospital in 2021, as the pandemic continued.

"The first time I was verbally attacked by a patient, it was like, 'Oh my god!' Higgins stated that it was something I expected, but not in the way we see it every single day. It's frightening to be pushed by someone, even if they do it today.

Higgins stated that CoxHealth has placed panic buttons on every staff member's ID badge to notify security when they are in danger.

The commission stated that "Alarmingly the actual number of violent incidents involving healthcare workers is likely to be much higher" because reporting is voluntary.