Chris Bassitt to start for Oakland Athletics on Thursday, 5 weeks after 100 mph line drive to head 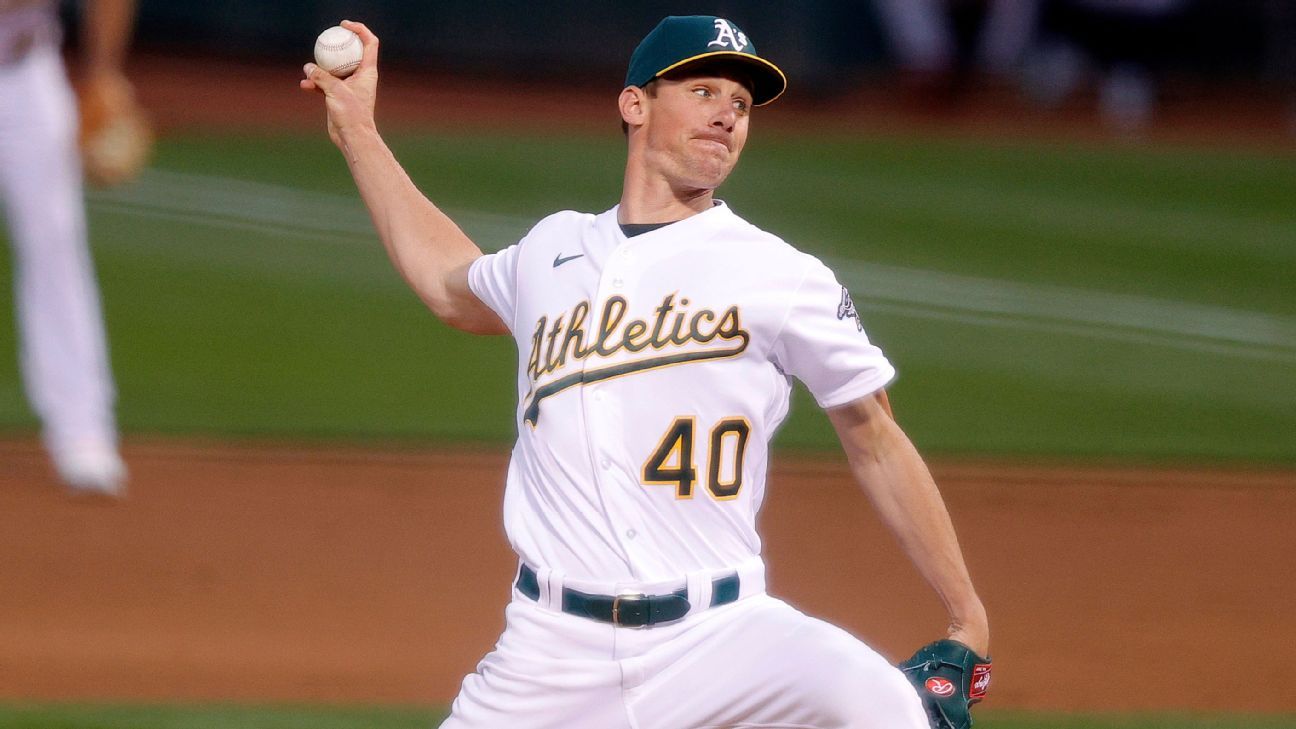 OAKLAND (Calif.) -- Athletics right-hander Chris Bassitt will return to the pitch, less than five weeks after he was injured by a 100 mph line drive.
Bob Melvin, Oakland manager, announced Tuesday that Bassitt would be activated from the injured list to start Thursday's series finale against the Seattle Mariners. This matchup features American League wild-card contenders.

Melvin stated that "this is something he's been trying back to doing since the beginning." It's almost miraculous to me. But when you consider that it's Chris Bassitt it is not.

Bassitt led the AL with 12 wins and was struck in Chicago Aug. 17 by Brian Goodwin, a White Sox liner.

Bassitt, 32 years old, was taken off the field to a hospital. Bassitt, 32, received stitches to his face for cuts and underwent surgery to fix a broken bone in his right cheek.

Bassitt is currently 12-4 and has a 3.22 ERA.
lineoaklandmelvinwinsweekswildcardtryingthursdayschristakendrivewhiteheadathleticsstartmphbassitt
2.2k Like