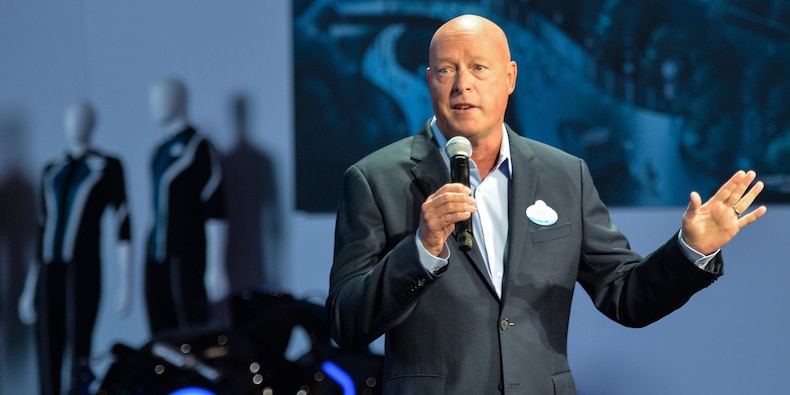 He spoke at Goldman Sachs' media conference and said that growth would be slow in the short-term.

Disney stock dropped as high as 5% Tuesday afternoon, after CEO Bob Chapek warned investors about production delays caused by COVID-19's delta variant. This could cause slow growth for Disney+ streaming.

Chapek stated that while he expects Disney+ subscriptions will reach their long-term targets, growth in the short-term will be uneven with more noise than Wall Street analysts anticipate. Chapek made these comments at the Goldman Sachs Media conference on Tuesday.

Due to COVID-induced production delays, less product will be available on Disney+ streaming platform. This could make the offering less appealing for consumers in the ongoing content wars among streaming companies like Netflix and HBO Max.

Rich Greenfield, Lightshed Partners, stated that "none of the Disney Plus Issues sound long-term, but he [Chapek] clearly wants to bring down quarterly expectation and even states you can't judge me on our subscriptions quarter-toquarter."

After failing to reach consensus in the fiscal second quarter's financial third quarter, Disney won the third. At the end June, Disney+ had approximately 116 million subscribers.

Chapek stated that Disney's streaming business may be weak, but that it is still seeing strength in its theme parks business despite the COVID-19 surge and that its cruise ship bookings are showing momentum heading into the second half next year.

Disney+ will never stream Song Of The South