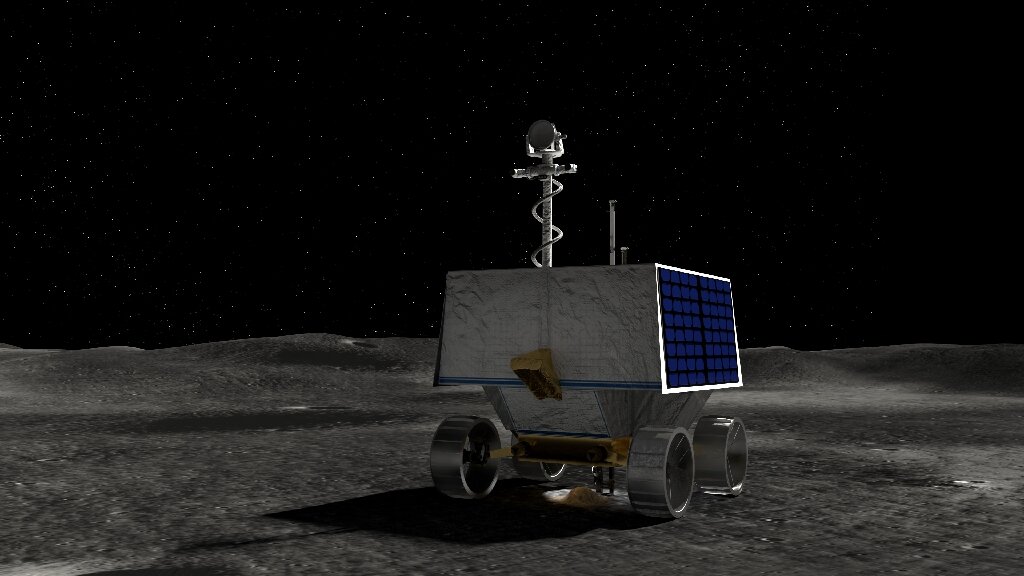 NASA has provided this handout illustration that shows NASA's Volatiles Investigating Polar Exploration Rover, (VIPER), on the Moon's surface.
NASA announced Monday that it will land an ice-seeking robot on the Moon's south pole, the Nobile Crater, in 2023.

The robot is expected to confirm that water ice exists just below the surface. This could be used as fuel for rockets and missions to Mars or deeper into the cosmos.

Lori Glaze, NASA's director of planetary science, told reporters that "Nobile Crater" is an impact crater located near the south pole. It was formed by a collision between another celestial body.

It is one the coldest areas in the solar system and has been explored from far using sensors like those on NASA's Lunar Reconnaissance Orbiter or the Lunar Crater Observatory and Sensing satellite.

Glazer stated, "The rover will get up close to the lunar soil and even drill several feet down."

Volatiles Exploring Polar Exploration Rover is the name of the robot.

Its dimensions are five feet by five foot by eight feet (1.5 metres by 1.5 meters and 2.5 meters respectively) and it looks somewhat like the Star Wars droids. It is 950 pounds (430 kg).

The solar-powered VIPER has a 50-hour capacity battery and can be "crab-walked" sideways to keep its panels pointing towards the Sun.

The mission's scientific objectives are to determine how and why frozen water reached the Moon, how it was preserved over billions of years, what it escapes, and where it goes.

This mission is part Artemis, America’s plan to send humans back to the Moon.

Technically, the first crewed mission is scheduled for 2024. However, it will likely be much later because of various delays.