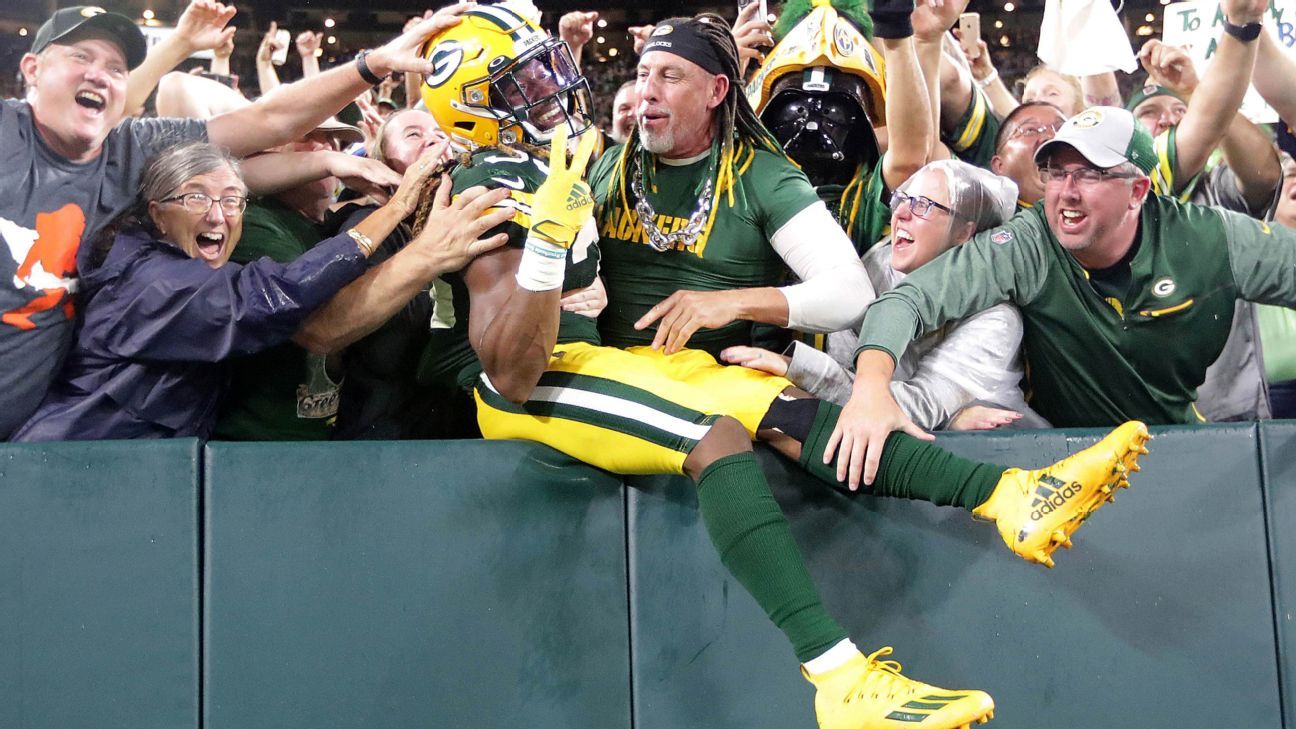 Aaron Rodgers, Aaron Jones and Aaron Jones react after the Packers' 35-17 win against the Lions on Monday Night Football. (1:24).
GREEN BAY (Wis.) -- Aaron Jones had something very special in mind for his first game at Lambeau Field after the death of his father in April.

For Monday's home opener against Detroit Lions, the Green Bay Packers running back wore a necklace that contained Alvin Jones Sr. ashes in a football-shaped metallion.

Jones lost his necklace on the way to his fourth touchdown in the Packers' 35-17 win. Jones believes it was lost during his second quarter touchdown catch, which is the second of three receiving touchdowns to be added to a rush score. However, a thorough search has failed to find it.

Jones stated, referring specifically to the end zone. Jones added, "If there were any place to lose them, that would be it." "So I know that he is smiling."

Jones made it a habit of finding his father before every game. Jones' mother was there, as well as his brother Alvin Jr., a linebacker who had spent some time with the Packers in the offseason.

Aaron Jones stated, "I'm used turning around and seeing dad in the stands and just smiling for me to know that everything is okay." "So, when I was seeing them I was good."

Alvin Jones Sr., 56, died from COVID-19 complications. Aaron Jones, when asked what he would have said to his father following a game such as Monday's, replied that he would say "Just go home, tell him: It was a good game, Dad."
necklacegamestandsgreenlateaaronbayjoneslosescontainingfatherswouldvelosedadperformancepackersseeing
2.2k Like