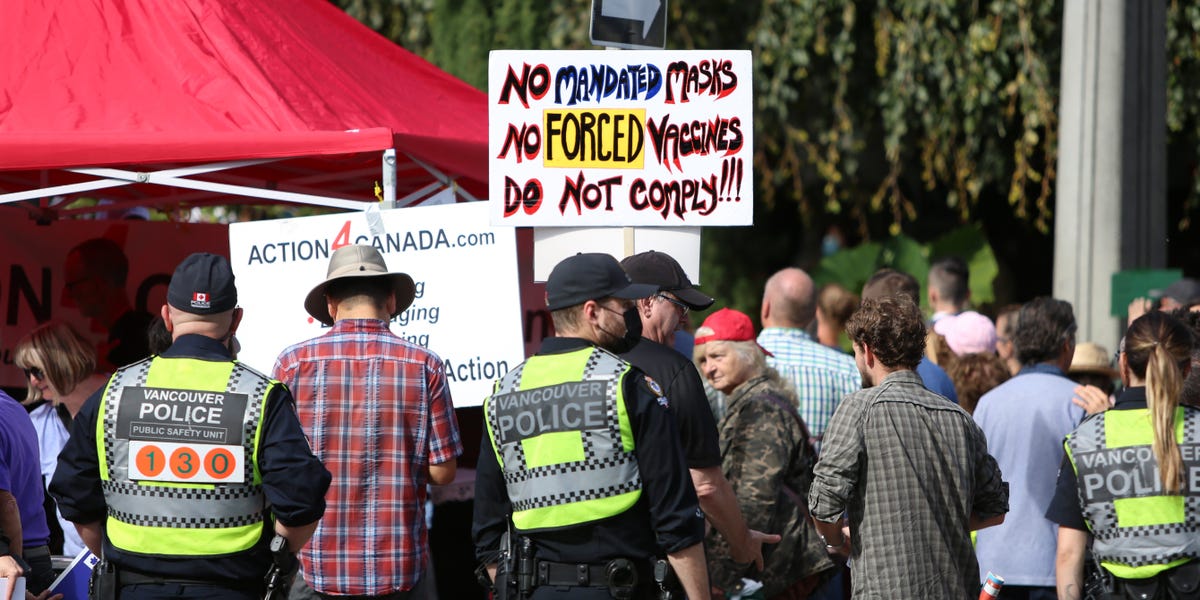 Vancouver paramedic says her team had difficulty getting a patient with an intravascular bleed to the hospital.
British Columbia Ambulance Service reported delays due to the protests.

The British Columbia provincial health officer required proof of COVID-19 vaccine on September 13th to be able to access events and businesses.

CBC reported that thousands protested COVID-19 passports and vaccinations at British Columbia hospitals on September 1. However, an ambulance transporting someone in critical condition was unable to get to St. Paul's Hospital because of protesters blocking the driveway.

A Vancouver paramedic who has more than 30 years of experience and whose identity CBC did not reveal said that her team took a patient with an arterial bleed after an industrial accident. The normal trip from Vancouver's waterfront to the hospital, where the patient was on a construction site for eight minutes, took more than twice that amount, according to CBC.

According to British Columbia Ambulance Service, there were delays in dispatches as paramedics tried to navigate the traffic jam.

"I saw someone begin to bleed to death when it wasn't necessary, when time would make all the difference," the paramedic said to CBC. He is discouraged and almost quitting. "That was the last straw."

Protests against COVID-19 public health measures continued throughout the month, especially in response to Dr. Bonnie Henry's September 13 order requiring people to show proof of vaccination to be able to access many businesses and recreational events.
ambulanceserviceantivaxxersbleedcarryingvancouverhospitalgettinghealthdelayedpatientparamedicbleedingbritishcbccolumbiaaccess
2.2k Like