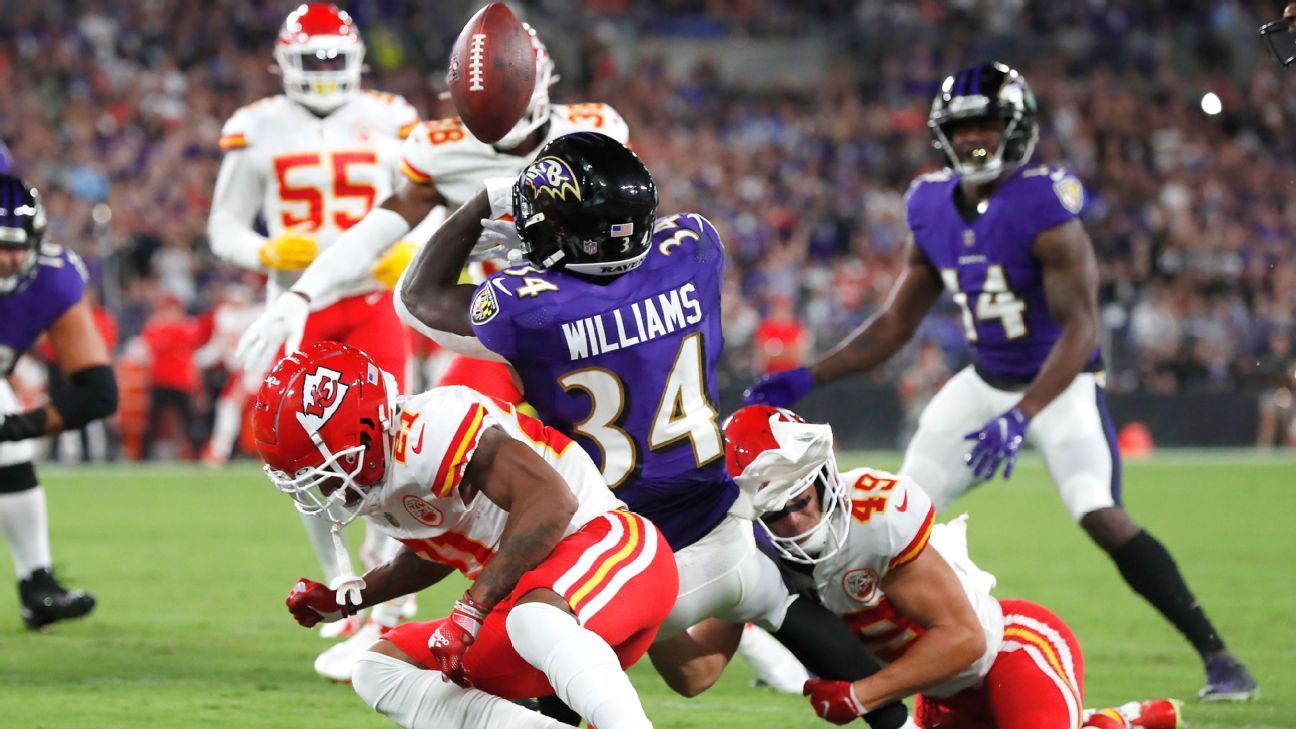 BALTIMORE -- Sunday night's bizarre response by the Baltimore Ravens to Lamar Jackson’s pick-six was a surprise.
Ty'Son Williams, Ravens running back, looked almost certain to tie the game with a nine-yard run before being hit by Mike Hughes, Kansas City Chiefs cornerback. Devin Duvernay of Baltimore, wide receiver, jumped into the end zone after the ball popped up in the air.

Duvernay scored his first ever NFL touchdown from scrimmage. However, it was not his first score against Kansas City. He returned a kickoff from the Chiefs 93 yards to the house last year.

After a rough start, Sunday's wild touchdown tied it at 7-7.

Jackson's second attempt at passing the ball was stopped by Chiefs safety Tyrann Matthewieu. He returned the pick 32 yards to score a touchdown.

The big plays continued in the second half. Jackson completed a jump pass from Marquise to Brown, which led to a touchdown, while Travis Kelce raced through Ravens' defense for another touchdown.