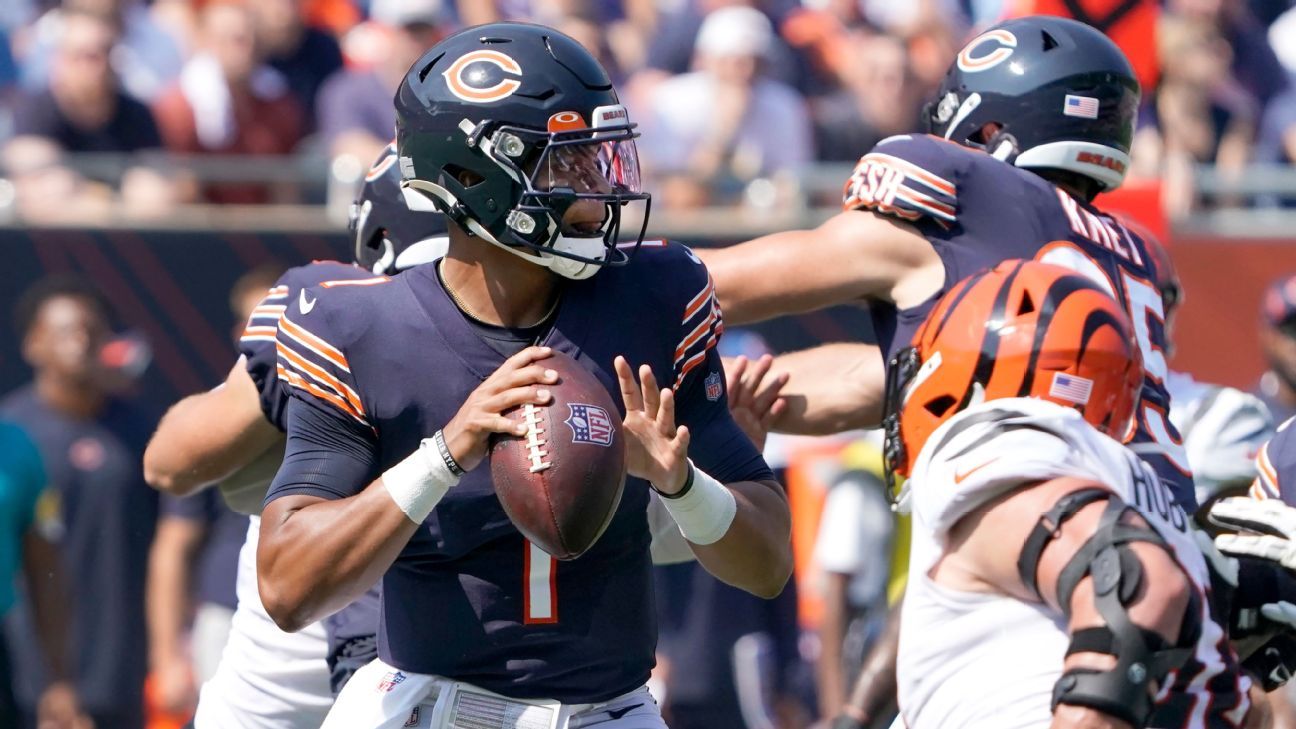 Andy Dalton quits the game after injuring a knee while running to the sideline. (0:26).
CHICAGO -- Justin Fields, Bears rookie quarterback, may be ready for his moment.

Fields played a few snaps in Sunday's game against the Cincinnati Bengals. In the third quarter, Fields was the quarterback for Andy Dalton who sustained a knee injury. He didn't return.

Dalton sustained the injury during a 14-yard scramble in quarter two when he fell awkwardly on the Bears sideline. Dalton pointed immediately to Fields and entered the game. He then went to the blue tent to have his injury examined.

He appeared to be OK at first and returned to the game for another series before returning to the locker room just before halftime. Dalton was still dressed in his uniform at halftime, but he did not wear his helmet while seated on the Bears bench.

Matt Nagy, Bears coach, used Fields sparingly last week against the Los Angeles Rams in their season opener. In the loss, Fields was a first-round selection and played five snaps.
yardsrookiesidelinesnapsreplacesfieldscincinnatiquarterbackjustindaltonsufferedgameinjurychicagoqbinjuredbearsvs
2.2k Like