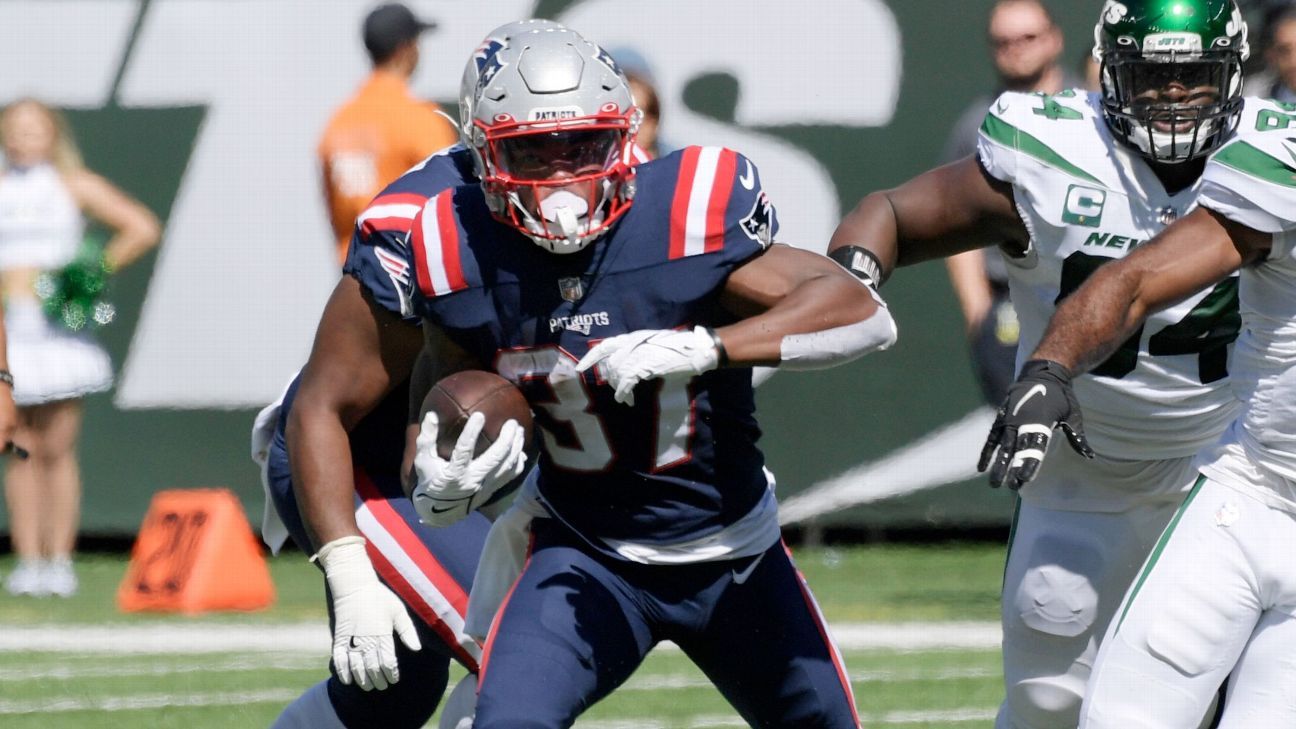 EAST RUTHERFORD (N.J.) -- This was the redemption of New England Patriots runningback Damien Harris.
Harris made a huge play in Week 2 against the New York Jets after he lost a devastating fumble. He ran 26 yards and carried four defenders to the end zone.

Mc Jones and David Andrews, the center of the team, provided a little more energy to push Harris over that goal line.

Harris' last week fumble was the top storyline. He had stated after the game that he would not let the play define his character.

He then went out and proved it by a highlight-reel play in the third quarter, which gave the Patriots a 19-3 lead.

This was crucial because it occurred after Zach Wilson, Jets' fourth interception. The Patriots had not been able to make Wilson pay for those mistakes up until then.

Although Harris was the Patriots' leading running back, there was a trickle down effect for Rhamondre Stephenson, a rookie who had also fumbled the opener and missed a blitz pick. Stevenson, the fourth round pick from Oklahoma was inactive to replace J.J. Taylor, who was a second-year player.
harrisrbrundamienweekfumblejetszonetdendquarterbackstevensoncarriespatriotsgamerunning
2.2k Like