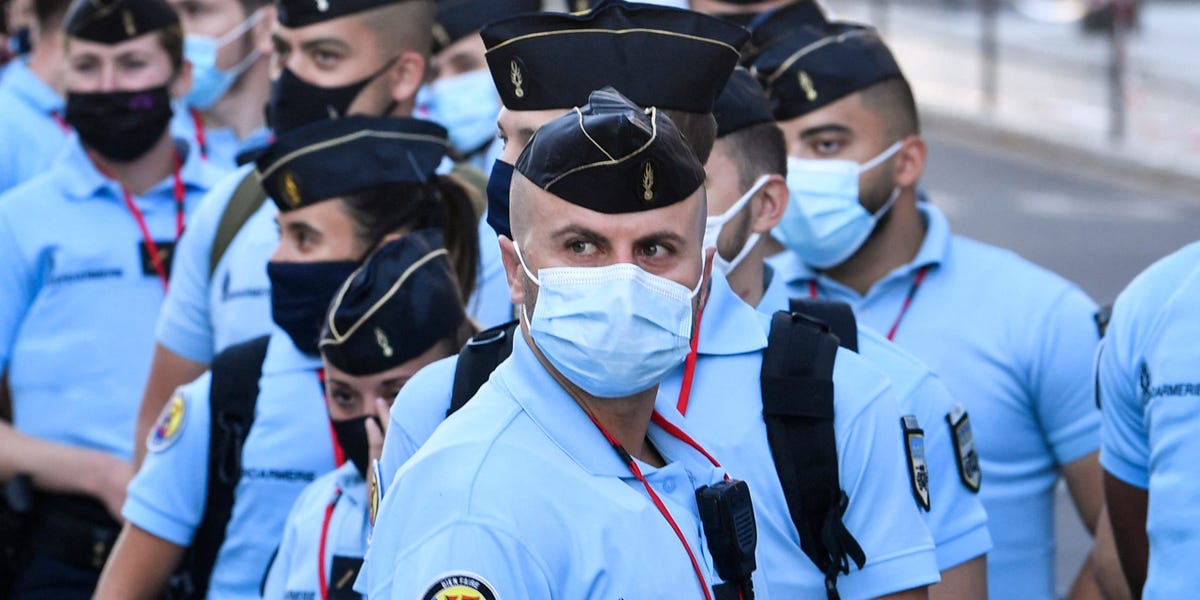 Bottles of True Fruits smoothies were adorned with obscene drawings and sexual comments as well as an anti-police slogan.
France's police unions were angered by the inclusion of "ACAB", which stands for "all cops and bastards".

Monoprix, a French supermarket chain said it would recall bottles that contained the infringing packaging.

Monoprix, a French retailer, has recall a smoothie line aimed at teens after being criticised by national police unions. Local reports claim that Monoprix had been informed.

The anti-police acronym, "ACAB," was also included in the scribbles. It stands for "all cops and bastards."

Although the "ACAB" acronym was first used in 1920s England it became a slogan that was more commonly used by those opposing police brutality after George Floyd's assassination by Derek Chavin.

Le Parisien reported that the inclusion of the slogan on the bottles caused outrage among France's police unions.

Alliance Police Nationale (the nation's largest police union), condemned the "anti-cop hatred" tweet. The slogan was described as the "perfect method to destroy relations between police and population."

Axel Ronde is the general secretary for Police En Avant! Union, tweets: "How can we tolerate anti-police insignia on our product, @truefruits?"

Monoprix responded to the backlash on Tuesday by announcing it had removed the incriminating products off its shelves.

The tweet stated that the product packaging for True Fruits brands bears "intolerable inscriptions" and doesn't conform to the brand's values. "We immediately notified the supplier and have withdrawn it from the affected shops."