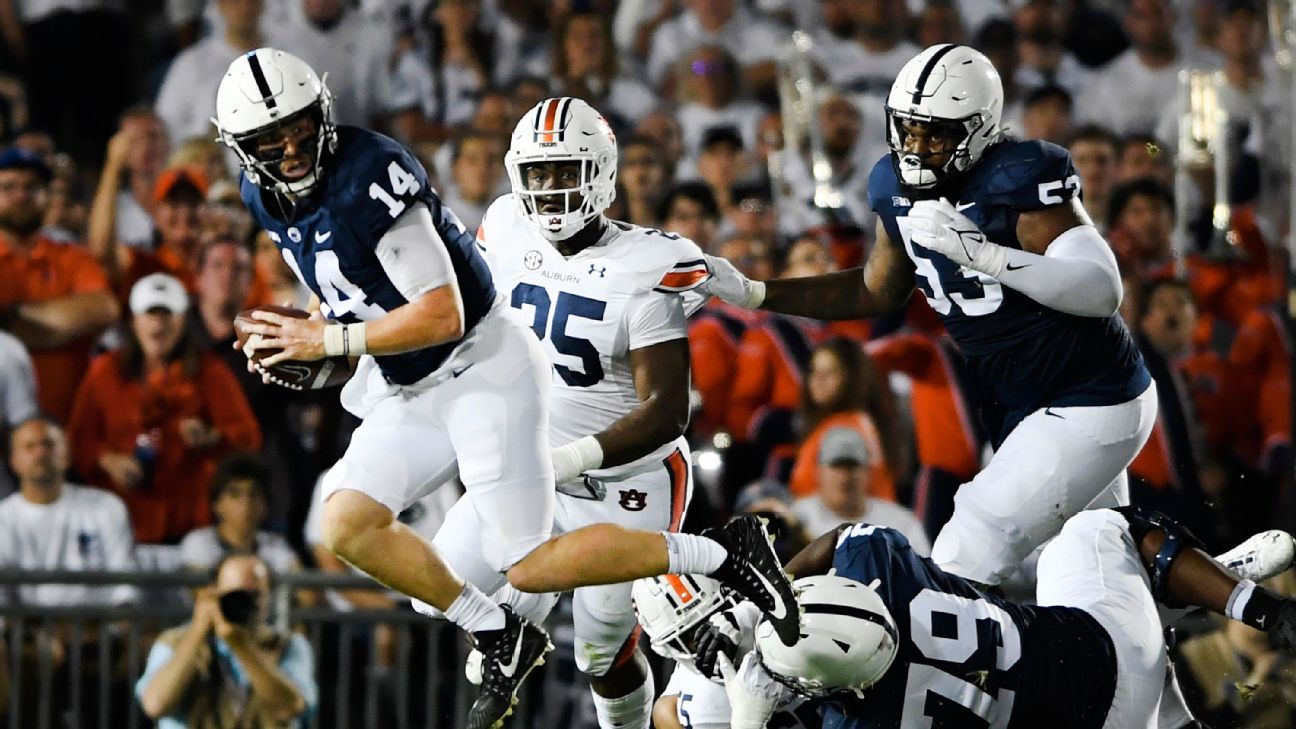 Penn State loses possession because the referees made a mistake by telling them they were on fourth down. (0:28).
STATE COLLEGE (Pa.) -- Penn State was unable to score an offensive series due to an SEC crew mix-up during Saturday's 28-20 win over Auburn.

After trailing 10-7 in the first quarter, Penn State punted against Auburn. Referee James Carter ruled that it was fourth and 11. The Nittany Lions were flagged for intentional grounding at first down, an automatic foul that results in a loss-of-down.

James Franklin, Penn State's coach, said that he tried to notify officials about the downs mix up but couldn't get it changed.

Franklin stated, "I spoke to all [the officials]" and they agreed that they had all called the same call and the replay was also approved." They all agreed. "They all agreed. I kept calling them over and saying, "It's not correct." I don't know how else I could tell them but they all agreed, all the officials got on the headset and talked to one another. They replayed it and all of them agreed. "I don't know what I can do or say else."

In a statement, the SEC stated that crew members "erroneously set down the down to third" following the intentional grounding penalty on the first down.

The statement stated that "The replay booth had been consulted to confirm down before the punt." "The replay booth also had the fourth down. It was discovered by the media during the timeout following the punt, and it could not be corrected by rule.

Carter is an SEC official from 2010 and was the head referee at the 2019 SEC Championship game.

Penn State won 3-0 with wins against Wisconsin and Auburn. The down didn't ultimately cost them.

Franklin stated, "We have a tough-minded football group." "It's a difficult place to play on the road at Wisconsin. We were able to win. We were then able to repeat that feat tonight. We found many ways to win Week 1, Week 2 and Week 3.

Sean Penn wants a vaccination requirements for his show Gaslit

Penn State AD says the Big Ten has more than money on its mind while exploring alliance with Pac-12, ACC