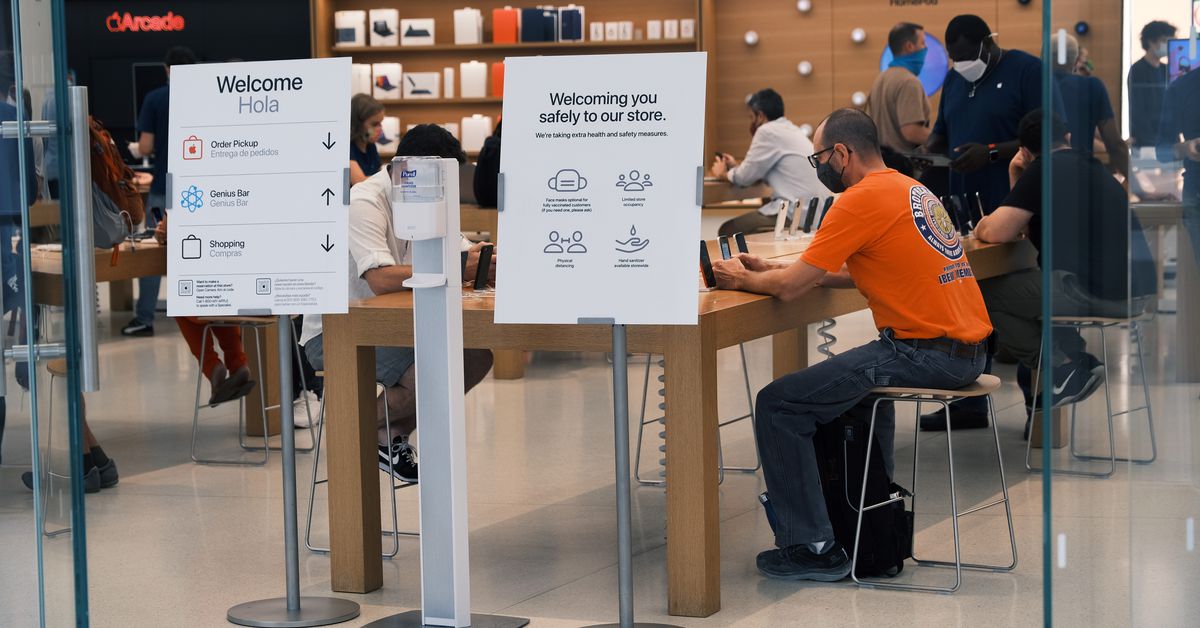 Apple will begin testing employees in its stores and offices for COVID-19 starting next month. Employees who are not vaccinated will need to be tested frequently. According to audio recordings obtained by The Verge, Apple CEO Tim Cook and Deirdre Obrien, senior vice president for retail and people, announced the new policy today during an all-hands meeting.
According to the updated company guidelines, they align with OSHA standards. These standards will be set by the Biden administrations push for higher vaccination rates. These standards require that companies with 100 or more employees must either receive immunizations or undergo weekly testing.

Apple has recently delayed the date by which employees are expected to return to work due to the Delta variant and a rise in cases. In August, an internal email stated that the mandatory return would be delayed to January 2022. Employees can expect a notice of one month before it takes effect.

Cook stated to employees during the meeting that they need to learn more about hybrid workplaces after many years of working in an office environment and spending the last 18 months at home. Apple will offer three additional days off to employees in the next quarter, but this is the only time they are offering it. The US employees will get those days the week before Thanksgiving. Teams in other countries will choose their own dates.
applestandardsreturnmeetingcookskippolicyofficerequiresvaccinationsfrequentcovid19applescomedaysemployeesworkplacetesting
2.2k Like