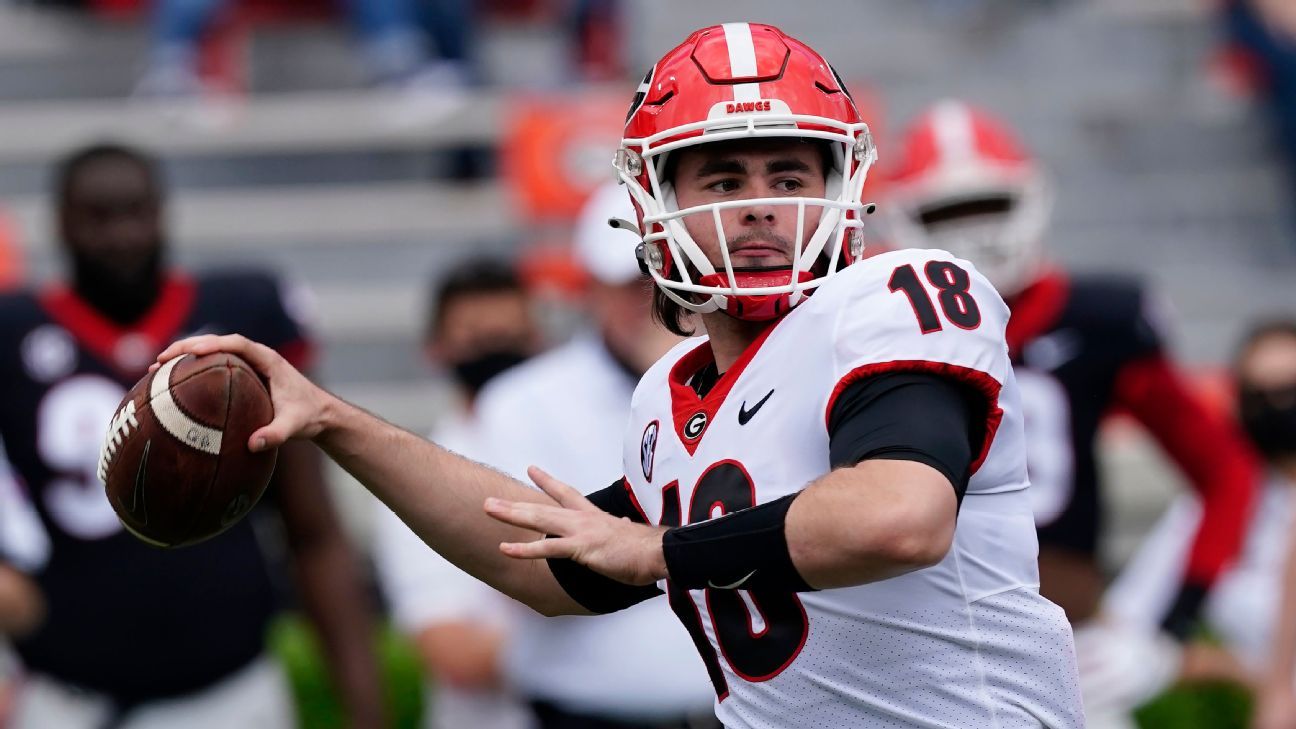 Georgia will start Carson Beck, a redshirt freshman, at quarterback on Saturday, according to ESPN's Mark Schlabach. This is unless JT Daniels, the injured starter, has his way.
Robert Griffin III, an ESPN analyst, said that Daniels has suffered from an oblique injury. This was disclosed to The Paul Finebaum Show by Griffin III. Schlabach was told by a source that Daniels is still trying to get the coaching and training staff to allow him to play despite the injury.

Last Saturday, Daniels was 22-of-30 and ran 135 yards. He also had an interception during the Bulldogs' victory over Clemson.

Beck, a four-star recruit hailing from Jacksonville, Florida and the No. 234 overall recruit in 2020's ESPN class.

Can Georgia football end 40 years of frustration with a national title?