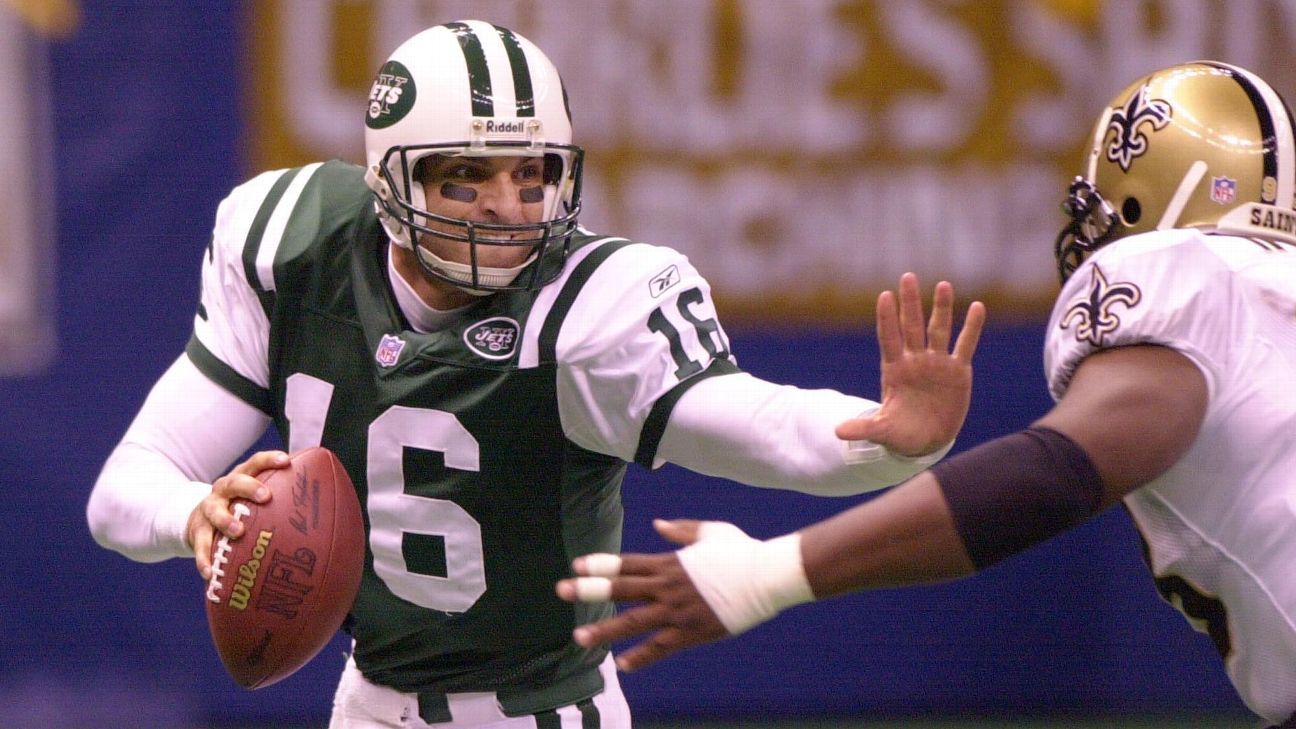 Vinny Testaverde, a New York Jets trainer, was getting treatment for his day off when, on Sept. 11, 2001 the terrorist attacks on New York City took place 30 miles away at The World Trade Center.
The event brought out deep emotions in Testaverde, the starting quarterback, and a native New Yorker.

He recounts the unforgettable moments of the 20th anniversary, including visiting Ground Zero, praying with neighbors, and meeting rescue workers. A week later, he discovered from a poster posted on a locker room wall that one his high school classmates had died in the disaster.

Testaverde also shared his reasons for refusing to play in a football match after the incident. He was the one who prompted the Jets to cancel their Oakland game that weekend, which led to the NFL postponing all of its games for that week.

Testaverde, now 57, remembers the day that forever impacted him and everyone else.

I felt it hard because New York is where I grew up. My father was actually a cement mason, a foreman and he worked the basements of Lower Manhattan as a child. He was a cement mason and foreman. He also worked in the basements and concrete garages. It was an obvious connection that he was part of.

New York is where I was born so I've been there many times. As a child, I remember climbing up the Twin Towers and seeing the view from the top. It was very sad. It was many things. It was something you could not have imagined, and it was happening right in front of your eyes.

A group of us were all watching the action on the TV in the trainers’ room. You could see men getting nervous and discussing the possibilities. Everyone took off quickly and headed home. On the way back, I called my wife and told her to take the children out of school. I received a few phone calls from my family a little later. They wanted to all get together so they came to my home and spent the afternoon and evening watching the news.

All of us were nervous and on edge.

Vinny Testaverde, quarterback for the New York Jets in the NFL, played seven seasons. The 2001 season was his best. Andrew J. Cohoon/AP Photo

You can see that everyone is somber and quiet the next morning in meetings. It's hard to think about the events in the world. Half of our attention is focused on football and half on the Pentagon hijacking.

It's quiet when we go outside to practice. Even the hitting is quiet. You would normally hear the men thumping one another; this was quieter. Nobody wanted to hit. The focus was not there.

That evening, I return home. We grab our children and our wife, and we head up to church. It is jam-packed. Everyone is just sitting there praying. We suddenly hear from church about friends who have lost friends or are connected to others. It's becoming worse as you hear everything. It's getting worse. This is insane.

Wednesday night I slept no sleep. I decided to meet Terry Bradway [coach, general manager] the next morning and tell Herm Edwards: "Listen, this is how I feel." I know that we are playing against the Raiders. Given what is happening, I won't be making the trip. It's not the right time for me to play football. I won't be fined, cut, or benched, but you can call me a "fool" and I will stay home. I don't think it's the right time to play football.

They both agreed with my assertions.

I arrived 10 minutes early for our team meeting. I addressed the group and shared my feelings with them. We had an open discussion. Some men wanted to play and show that we aren't afraid as citizens. I tried to convince them that it wasn't the right time to do so. It's time for us to grieve our loved ones and return to normal.

They were grateful for that. They supported me.

Herm entered, addressed the team, and stated that we weren't playing. The league heard him and decided not to play this weekend.

My life has been lived by doing the right thing. It was what I believed was right at the time. However, my voice may have been louder or smaller than that of some of my teammates. At that moment, I had no choice but to speak up and express my feelings.

I received a call from a friend the next night asking me to go to Ground Zero. The police commissioner asked me if I would be able to do that. I went down to the scene on Saturday to see the rescue workers. Some things I didn't see I was amazed at. It is difficult to forget the damage, the tragedy, and the dust. The bent metal beams are hard to forget. It was difficult to believe.

Although I have never been to a warzone, I can describe it. I can still remember walking down to Ground Zero. The military surrounded it. They stood shoulder-to-shoulder with their rifles and refused to let anyone in. It was amazing.

New York Jets His brother's escape from the terrorist attacks on New York City in 2001 motivated Robert Saleh to chase his dreams, do something "that will make me happy" and coach football.

Continue reading about his adventures

All the windows of the shops were broken as you walked around the outskirts. It was empty and nobody was there. It felt like a ghost city. It was very strange. It was eerie.

The following weekend, we played in New England. To get to the stadium early, I took the bus first. Near my locker was a sign with headshots of rescue workers who died at Ground Zero.

I'm just looking through it and seeing Ronald Kloepfer, an old high school friend. He was one year ahead of me at Sewanhaka High School, Floral Park, New York. He was a great friend and teammate. It was over a week later, and I still hadn't heard. Nobody told me so I was punched in my gut.

You have to prepare your mind to play football. It was my livelihood. But that day, the week following 9/11 and learning about my teammate, it was not as important. The entire game is blurred.

It was a chilling experience to be on the sideline watching the Andruzzi brothers play the national anthem -- Joe, a Patriots offensive player, and his three brothers, all New York City firefighters. They opened the sports section at the 9/11 museum in Manhattan in 2018. I was fortunate enough to get to meet them. They are a great family. This was a great opportunity to meet these guys and hear their stories about 9/11.

The memories of September 11, 2001 are etched in my soul and mind. One tangible reminder is what I have.

I found a piece of granite from the rubble on my first visit to Ground Zero. It was a reminder of the events that took place and a way to appreciate what we have.

Finally, I cut it into three pieces and gave one to each of my children. It is a symbol of the possibilities and what people can achieve when they work together, people helping others, strangers helping strangers.