Fran Kirby: Chelsea 'know we can come back fighting' from Arsenal defeat 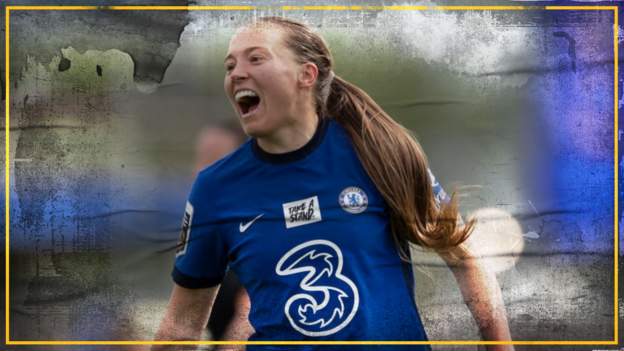 Next up, the Blues will face Everton, having won the WSL title last season and reaching the Women's Champions League final.

Kirby stated that "we don't like losing and we want every game to win," BBC Sport reported.

"But it's not a short season. We were obviously upset by the Arsenal loss. We didn't win the first game of last season, so we know that we can fight again.

It's the essence of this team. It's all about character. Over the past few years, we've proven that."

"I love to win any trophy regardless of the cost"

After a record 16 goals and 11 assists, Kirby was named the Professional Footballers Association Players' Player Of The Year.

Sam Kerr, an Australian international, formed a formidable partnership with her and she hopes they can "emulate" it this year and do better.

Kirby stated: "I knew Sam would be in the box if I ran down the side." She would just whip the ball into space, and I did the rest.

"At the start of the year, she seemed a little frustrated that she couldn't get me any assistance. She was really trying to get me an assist towards the end and it was obvious when she got one for Reading that she was happy.

It is likely that defending their WSL title will be more difficult this year, with Arsenal and Sunday's rival Everton being among the many who have invested in their squads during the summer.

Kirby stated that the Blues have "always had those challenges in mind".

She added, "We want to keep pushing forward and keep building something extraordinary."

"Last season was an incredible year for many people at the club, but we want trophies. The FA Cup is one that we are keen to win.

The Champions League is a topic we talk about at the club a lot. We have been working towards it. But, I love winning trophies in this nation - I love to be a winner of trophies.

"I focus on what comes next because I want all of them. The one that comes first is the one I look forward to the most."

Fran Kirby on her pride at making Olympics