GOP Sen. Joni Ernst said Biden's plan to get Americans vaccinated is a 'diversion' from the 20th anniversary of 9/11 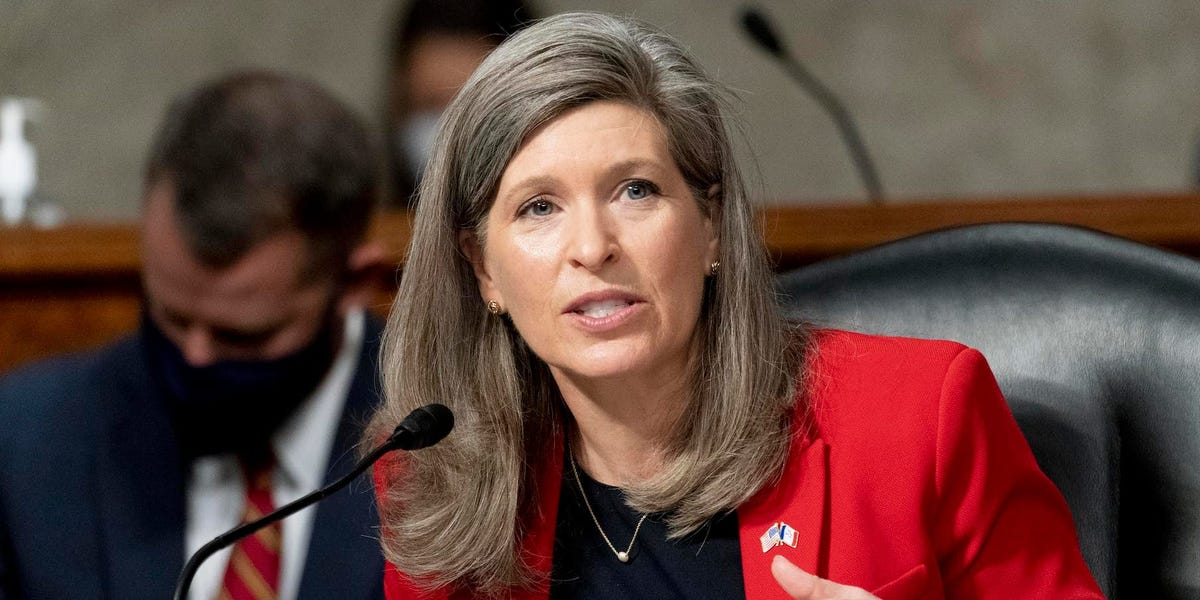 Fox News' Iowa Republican and combat veteran, John Biden, accused Biden of "leading with coercion" and challenged the motives behind the plan.

On Wednesday, the White House announced a COVID-19 plan to address the rising incidence of the Delta variant. This has led to an increase in the number of cases across the US. The rule included a requirement that companies with over 100 employees must mandate the COVID-19 vaccination for their employees, or submit them for weekly testing.

The plan was immediately rejected by Republicans who vowed to fight it. This set up battles between Washington, and GOP-led states.

Saturday marks the 20th anniversary on September 11, 2001. This was when hijackers crashed several passenger planes onto US soil. Nearly 3,000 Americans were killed. This anniversary is also less than two weeks following the chaotic US withdrawal form Afghanistan. It ended with the Taliban returning to power almost 20 years ago.

Biden and the first woman have an extensive agenda for Saturday's anniversary. Biden plans to visit three sites in New York, Pennsylvania and Virginia where the attacks took place.