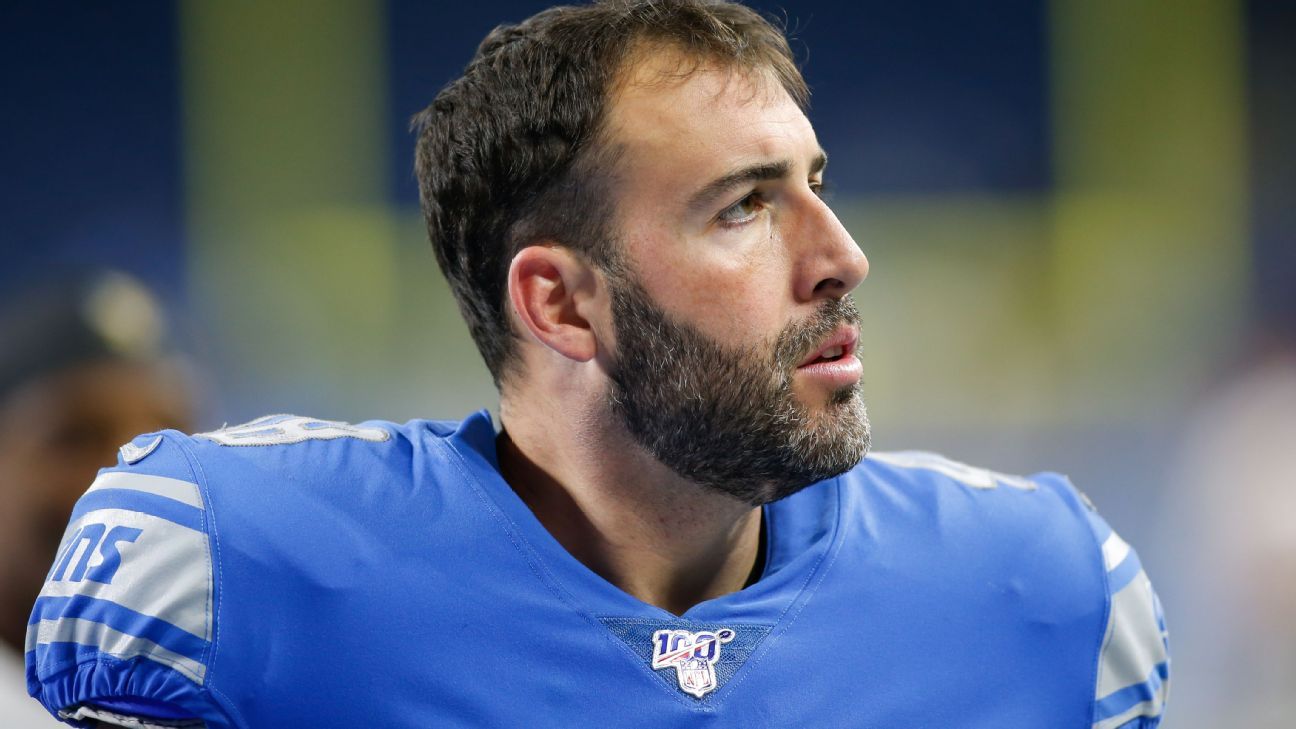 ALLEN PARK (Mich.) -- Don Muhlbach, a veteran of the Detroit Lions, celebrated his 40th birthday. It was also a significant day as he was released from the NFL after 17 seasons.
Former teammate of Muhlbach Dan Campbell was the first-year Lions coach. He called himself an "a--hole for making that decision on that date." The Lions announced that Campbell will be returning as a special assistant on Friday.

Muhlbach could be responsible for some coaching and scouting, reporting to Campbell, GM Brad Holmes, and Rod Wood, president and CEO, for many projects.

Muhlbach stated in a statement that it was an honor and privilege to wear the Honolulu Blue and Silver over the past 17-years. "I am extremely grateful to have the opportunity to continue with this organization that has provided me so much. I am excited to start a new chapter in my career and continue to work towards the goal to bring a winning culture into Detroit.

Muhlbach, who has 260 career games under him, officially retires as franchise's second-most tenured player. Jason Hanson is the longtime kicker.

Muhlbach will report to the facility today in preparation for Sunday's Week 1 matchup against San Francisco.

Campbell stated, "Anytime you have things like this happen, and you know that it's a guy's Birthday, you know that you're not going to look good. But no, I don’t look into any of those." "I'm certain I've been the donkey many times before and I don’t know if that will change. But anyway, we're excited about getting him back because he can help us, and we can use him.
campbellassistantorganizationgonnaexcitedmuhlbachdontlionslookhireimlsspecialdondetroitknow
2.2k Like