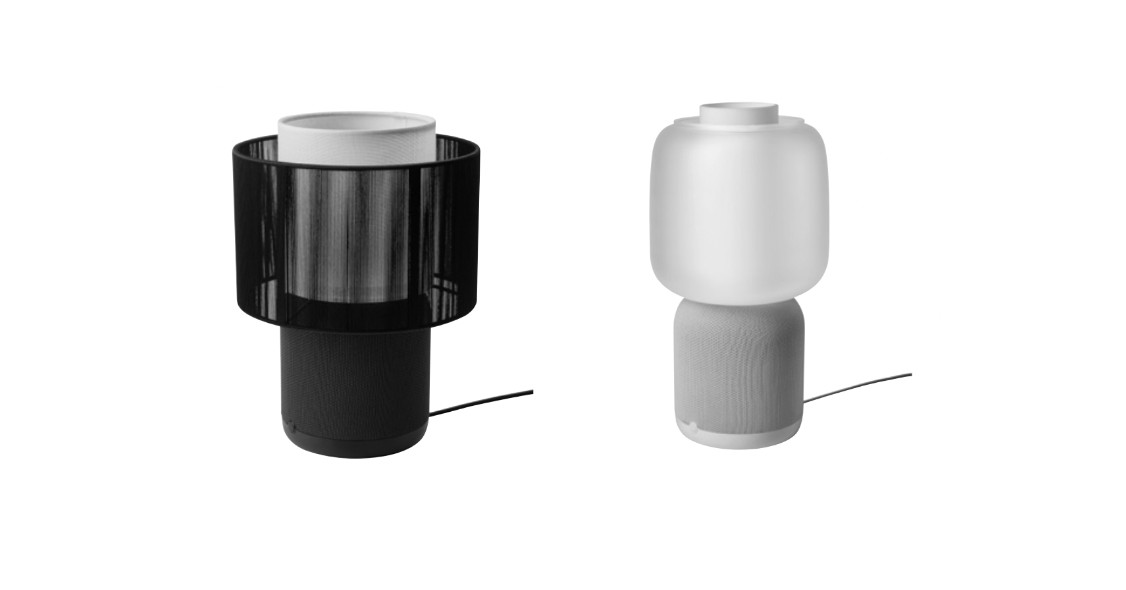 The second-generation Symfonisk tablelamp speaker from Ikea has been leaked. This support document was posted to Ikeas Portuguese site by a Reddit user. It features a new design, which streamlines the speaker-lamps base. Also, it gives the option to swap out different types of lampshades via Janko Roettgers on Twitter.
The new Symfonisk table lamps have a different base than the original Symfonisk model. Instead of incorporating the speaker controllers into the unit, it appears that the new model has a flat-topped design. The most significant change in the lampshade is that it no longer uses a mushroom-shaped opaque glass shade. It can be replaced with a removable and swappable option. The new model, like the original one, will be compatible with both the Sonos multiroom audio system as well as Apple's AirPlay 2 standard.

Two shade options are listed in the support document: one is a cylindrical option, which looks similar to an open-ended shade of the original model shade and another is a translucent option. The shades will be available in white and black color options and will cost 20 dollars (around $23.64) each. The main speaker component will cost 129 dollars (around $152.49). Comparatively, the original Symfonisk lamp was $179 at the time it was released. This is about the same price as the two pieces of the second-generation model.

Ikea and Sonos have yet to officially announce the new table lamp, which was previously rumored along with the Symfonisk picture frames speakers. It's likely that it will only take a few more days before the official announcement is made, however, as the device has already been mentioned in support documents.
symfoniskshadesonossecondgenerationikeaspeakermodeloptionsupportoriginallampleakstableswappablelampshades
2.2k Like