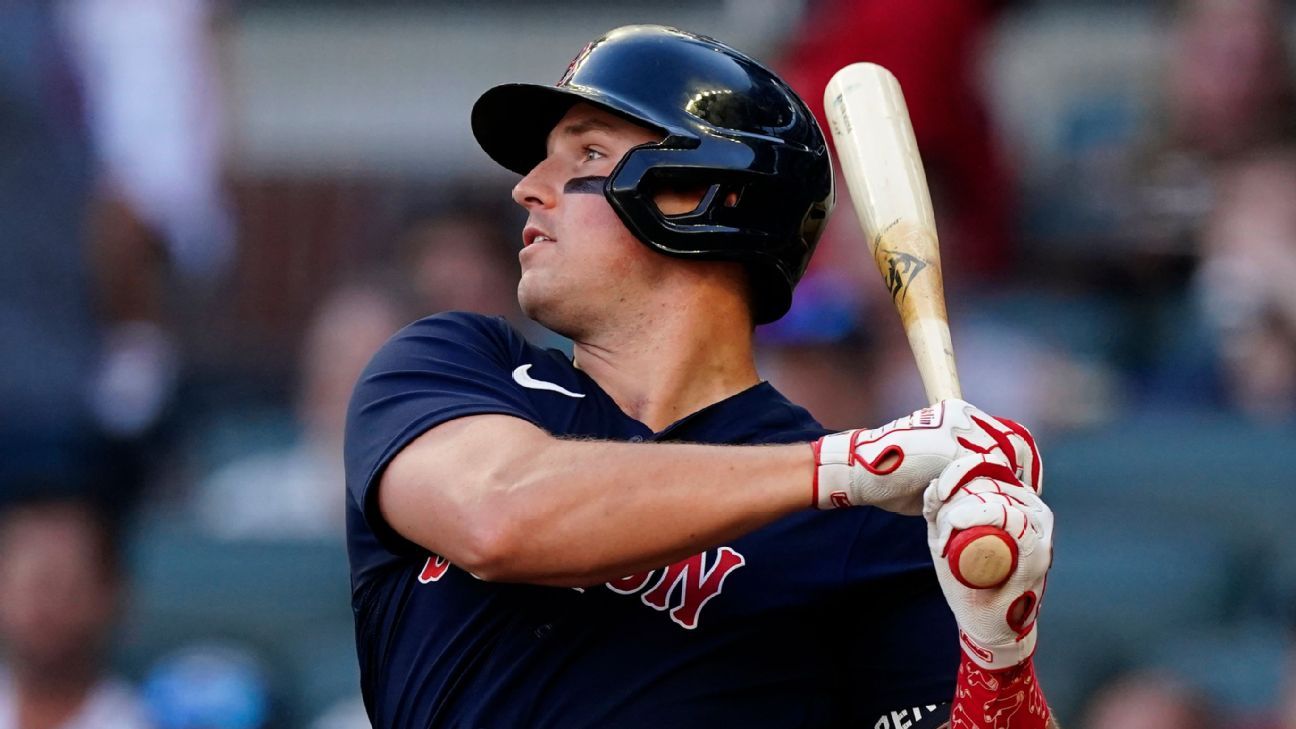 Major League Baseball refuted Thursday's claim by Hunter Renfroe, Boston Red Sox outfielder, that the league had told him to stop testing for COVID-19 because of the spread of the disease through the clubhouse.
Renfroe stated that MLB basically advised us to stop testing and treat the symptoms. Renfroe spoke earlier Thursday on WEEI’s "Merloni and Fauria” show. "And we were like: 'No, We're going to figure it out and keep trying to control this thing.'

Lou Merloni, host of Lou Merloni, followed up to find out if MLB had asked the Red Sox not to test.

"And just to try to play. Move on and don’t worry about it." Merloni asked.

A spokesperson for the league told The Boston Globe that Renfroe was "completely wrong and inaccurate".

Renfroe's remarks were also discredited by the Red Sox.

The team released a statement saying that they have been following MLB's COVID-19 protocols throughout the season. "We have been in close contact with them regarding everything we have done, and continue to test. Their medical staff has also been supportive."

Nine people on the team had tested positive for the virus as of Thursday. 11 others were also affected by symptoms or having been in close proximity to positive cases. Xander Bogaerts and Enrique Hernandez are among the players who have been ruled out.

Although the Red Sox have reached the 85% threshold for vaccination, some players who were positive for the vaccine are still vaccinated.
merloniwrongleaguetestingsoxrenfroetoldoutbreakteamredstoppositivesayinghunter
2.2k Like