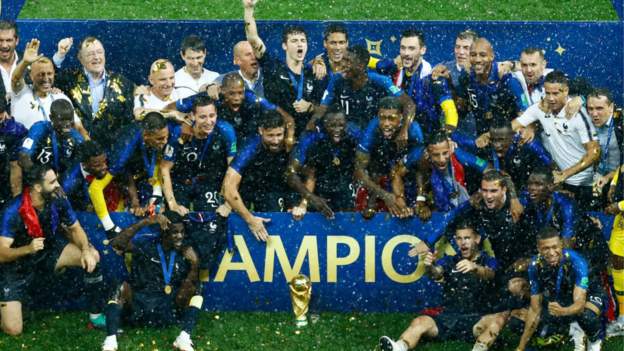 Last update on. From the section Football
Fifa plans to host a World Cup every other year

Fifa's plans for a World Cup every 2 years have been rejected by the Premier League, EFL, and SPFL.

They are both members of the European League Forum and World League forums. These forums have made statements that they "firmly and unanimously opposed" to reducing the tournament gap from 4 to 2 years.

Both domestically and internationally, there is concern about a crowded calendar.

Fifa Congress approved a feasibility study on the May calendar change.

After being requested by the Saudi Arabian soccer federation, it was done.

The European Leagues statement stated that "all proposals to organize the Fifa World Cup every other year have been rejected by the leagues."

"The leagues will collaborate with other stakeholders to stop football governing bodies from taking unilateral decisions that would harm domestic football. This is the foundation of the industry and vital for clubs, players, and fans around Europe and the rest of the world.

"New competitions, revamped or expanded competitions for club football and national team soccer are not the solution to our current problems in an already crowded calendar."

This follows a statement by the World Leagues Forum, Wednesday, which stated that a World Cup every other year would "negatively disrupt football's economy and undermine players welfare".

Coronavirus: Champions League and Europa League could be decided by mini-tournament