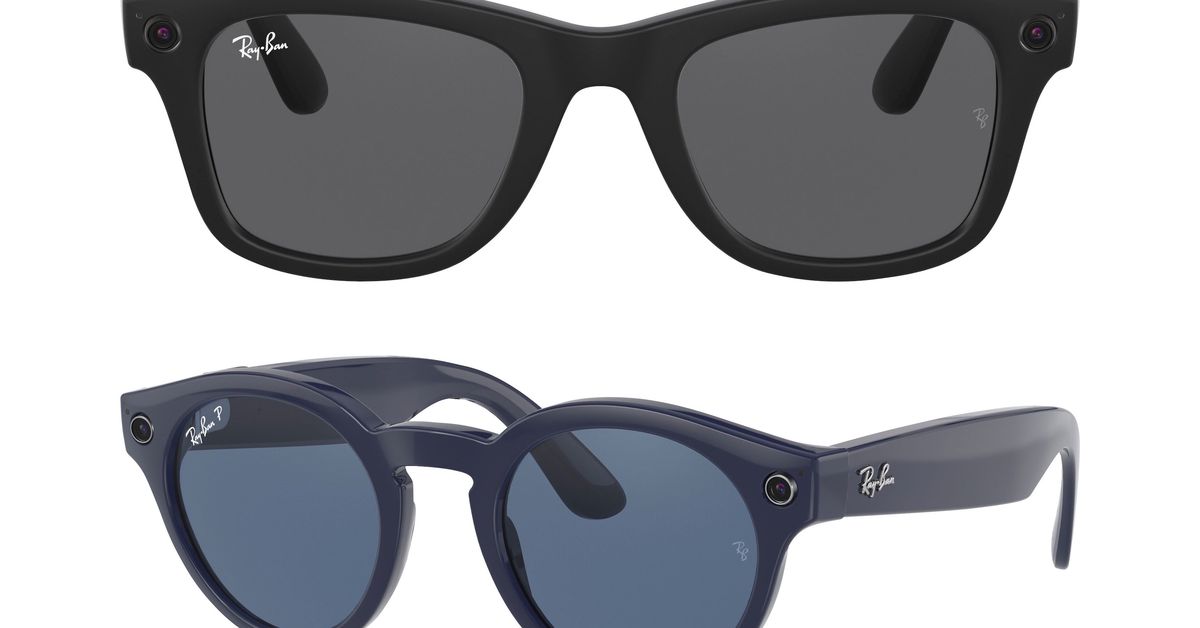 Ray-Ban and Facebook will announce their collaboration on smart glasses later today, September 9, and Evan Evleaks Blass posted several photos of the product line-up. The glasses are called Ray-Ban Stories and, aside from the box, it doesn't appear that Facebook branding is visible anywhere on the product.
Evleaks images feature three different frame styles: Round, Meteor, and Wayfarer. They all look very similar to the Ray-Ban classic designs. There are two cameras on each side of the hinges. This is what makes the difference. A button is located at the top right temple. This could be used to activate the cameras.

Mark Zuckerberg, the CEO of Facebook, previously stated that the glasses have the Ray-Bans iconic form factor and allow you to do some really cool things. Zuckerberg stated that the product was part of the company's future vision for full-augmented reality glasses. More advanced AR glasses are also in development.

These pictures don't show much of what Facebook has done beyond Snaps early Spectacles. Other than making glasses that look just like regular Ray-Bans for now, the images do not really show how or if Facebook has advanced beyond Snaps early Spectacles. We'll hopefully know the answer to this question soon.
raybanleakglasseszuckerbergraybanstodayfacebookproductlaunchlookthingsrightsmart
2.2k Like