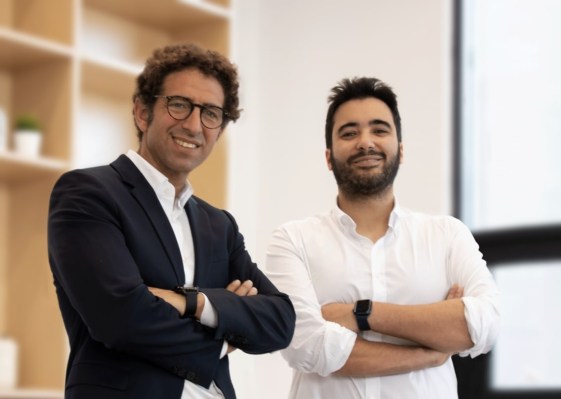 Despite mobile penetration exceeding 90%, over 70% of Egypt's fast-growing and young population of more than 100 million are financially poor.
This segment is often overlooked by traditional banks due to their financial situation or spending power. Fintechs are now able to address their needs.

MNT-Halan is one such fintech. Today, the company, which claims to be Egypt's most successful fintech ecosystem, announced that it had closed a $120million investment.

They join other local investors such as DPI, Algebra Ventures and Wamda.

Mounir Nakhala and Ahmed Mohsen founded Halan in 2017 as a ride-hailing app and delivery app that offers two- and three-wheeler service to customers in Egypt. It has added other features such as bill payment services, wallets, and micro-loans to its app in an effort to be a super app.

MNT Investments BV, a Dutch company, entered into a share swap with Egypt's super app in June to speed up its payments and lending arm.

MNT bought shares in Raseedy before the merger. Raseedy was the first digital wallet in Egypt that could be used to transfer, collect, and disburse money through mobile apps.

MNT-Halan has also been granted the micro, consumer and nano finance licenses in order to offer services to both consumers and businesses across Egypt.

MNT-Halan is a consumer and business lender. It offers BNPL services as well as microfinance, microfinance, payroll lending, and light-vehicle financing.

This investment is a mix of venture capital and private equity. It will allow the company to improve its product and technology while expanding to customers in and outside Egypt.

We are leading the digital revolution in Egypt. Our technology has brought together the unbanked people. We are well on our way to making financial inclusion possible for tens to millions of Egyptians. We will thus unlock the earnings potential of this segment and increase participation in our economy, stated CEO Nakhla.

Apis Growth II, a private equity fund based in London, is one of its investors. It invests quasi-equity in the financial sector, as well as related market infrastructure payments gateways, switches and payment platforms in Africa, Asia, and Africa.

MNT-Halan was its first major investment in Egypt, but it is also the second largest on the continent following TymeBanks $109 Million investment in February.

Matteo Stefanel, the co-founders, and Udayan Goryal, are managing partners. They stated that they were thrilled to invest in MNT-Halan which is their first investment in Egypt. We believe they will be the most prominent player in digitizing the unbanked, and bringing financial services for millions of customers in Egypt.

We are looking forward to working with them to expand their impressive growth trajectory. We believe Mounir Nakhalas track record combined with MNT Halans tech team, operational expertise and MNT-Halans technology team make it an ideal opportunity to invest into Egypt's fintech sector.

Crunchbase reports that Halan, as an independent entity, had raised $26.4 Million prior to this announcement. The total investment brings it to $146.4 million. This latest round is the largest in Africa and continues to show the dominance fintech has on the continent.
fintechcompanytechcrunch120mdigitalmnthalaninvestmentservicesmillionpaymentpartnerslandsapisegyptianegyptdisruptech
2.2k Like