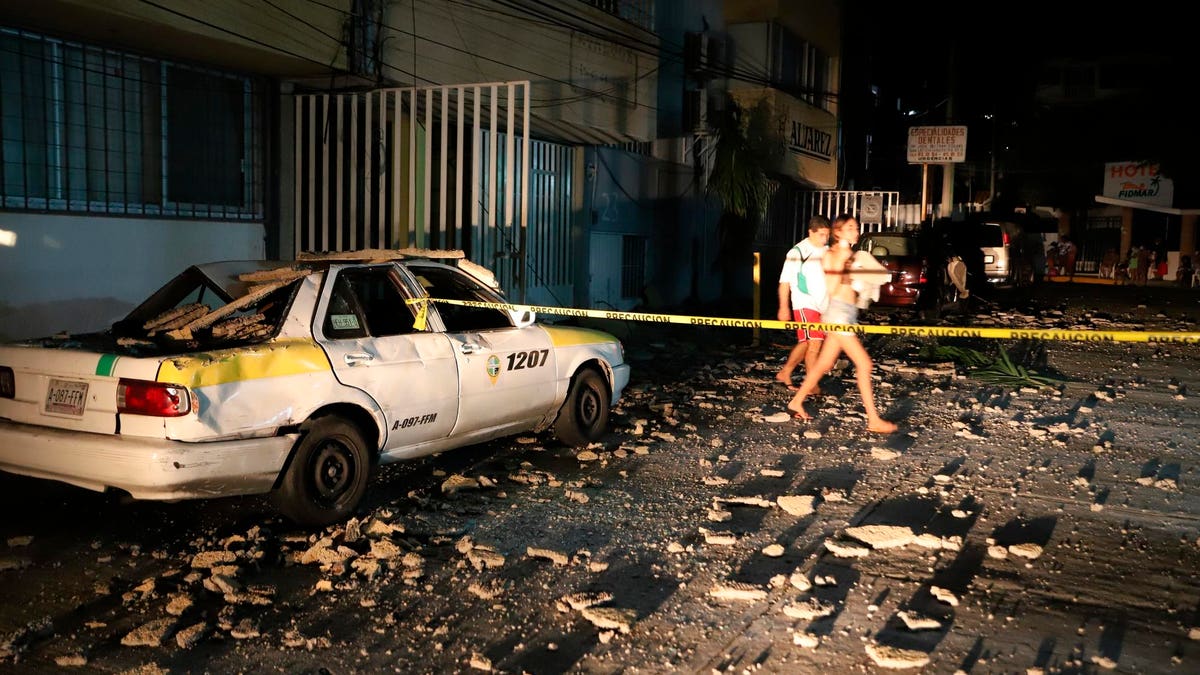 A magnitude 7.1 earthquake occurred in Mexico's Acapulco area late Tuesday. It was four years ago that a devastating earthquake left 98 people dead.
A couple walks by a taxicab that was damaged from falling debris following a strong earthquake in Acapulco, Mexico.

One death has been reported by authorities, a man who was struck and killed by a falling light pole in a small town north of Acapulco.

Mexico's National Seismological Service stated that the epicenter of the earthquake was located 7 miles southeast from Acapulco, Guerrero state's resort city and port.

Initially, the agency stated that a 6.9 magnitude earthquake had struck the area. However, it later raised its estimate to be 7.1.

Although the earthquake's intensity was strong enough to shake buildings and power lines in Mexico City, no injuries have been reported from the capital.