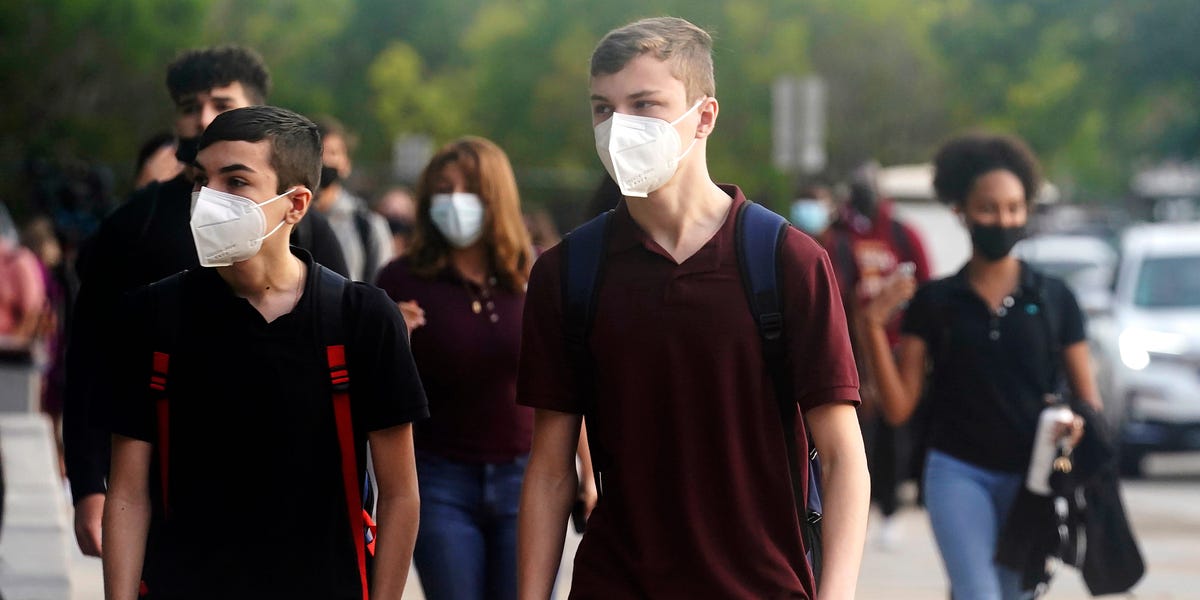 According to a new poll, parents with higher incomes were more likely not to support mask mandates.
Momentive and Axios conducted the poll from August 16-25 and surveyed more 38,000 adults.

The demographics of race, gender and political leaning were also used to sort the responses. These results produced some of the most dissimilar results.

A new poll released Tuesday revealed that parents with higher incomes are more likely not to support mask mandates in schools.

Momentive and Axios conducted the poll from August 16-25. They surveyed 38,000 adults and collected responses on demographic factors like income, race, gender, status, political leaning, and gender.

Parents of school-aged children overwhelmingly supported mask mandates for students or staff. This is compared to 30% of adults who indicated their opposition.

According to the poll, 42% of white parents oppose mask mandates. This compares to 6% of Black parents and 15% of Hispanic parents.

The poll found that 54% of Republican respondents opposed mask mandates, while only 4% of Democrats said they did.

Schools mandating the wearing of masks have received mixed reactions. Some states are willing to follow the safety guidelines while others oppose it.
higherschoolsresponsesopposemandatespoliticalmaskaccordingrespondentslikelyadultsincomespollparents
2.2k Like