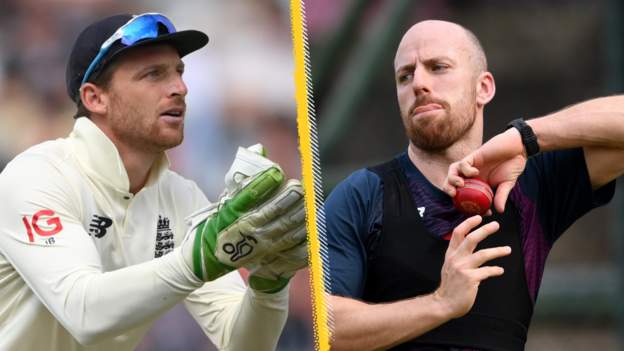 Jos Buttler, Jack Leach and Jack Leach will be back in the England squad for Friday's fifth and final Test against India at Emirates Old Trafford.

Buttler, Wicketkeeper, was unable to run the 157-run loss in the fourth Test at Kia Oval. He was at the birth his second child.

Leach, a left-arm spinner who was part the squad for the first two tests, has not played in a Test since March.

India leads 2-1, despite not winning a series in England since 2007.

Jonny Bairstow took the wicket at the Oval in Buttler's absence and moved one rank down to number six. Ollie Pope returned to the side, making 81 at number five.

Sam Billings, who was assigned to the fourth-Test team as cover for Bairstow's needs, has returned home to Kent.

England has Leach as a second spin option, alongside Moeen Ali off-spinner Moeen Ali. Leach averages 16.60 with bat and 49.83 using the ball since being recalled to the second Test.

England must win in order to save the series. England must have many options for any eventuality.

Buttler's return is most remarkable. There was always a possibility that England would continue without Buttler, despite him sounding skeptical about Australia's winter tour.