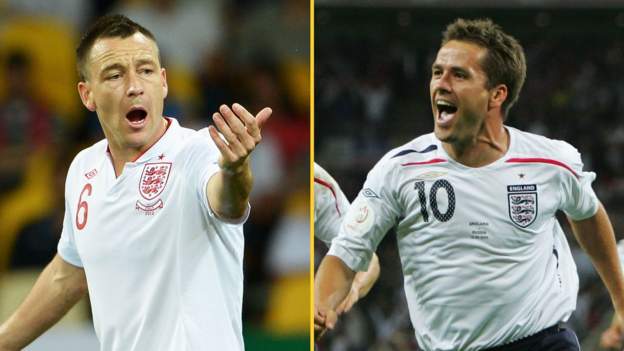 Last update on. From the section Football
Arsene Wenger would like to see the World Cup every two years

John Terry and Michael Owen were among the high-profile ex-players who spoke to Arsene Wenger (Fifa's chief for global football development) about major changes to international match calendars.

Wenger, ex-Arsenal boss, is leading a consultation about holding the men's and womens World Cups every other year.

This follows the proposal of May from the Saudi Arabian soccer federation.

Fifa and Uefa disagree, however, that too much football is being played.

The two governing bodies, however, have divergent views on how to deal with the situation.

Wenger stated in May that he would like to see the European Championship and World Cup played every two years, and Fifa should "kick all of the rest out", which includes Uefa's Nations League competition.

He pledged to include all major stakeholders in the extensive consultation process.

Gianni Infantino, president of Fifa, is enthusiastic about the idea for a World Cup every 2 years. However, the plan is facing strong resistance from both Uefa (European Football Governing Body) and the European Clubs Association.

Aleksander Ceferin, president of Uefa, says that holding the World Cup every other year would "dilute the tournament."

Fifa states that the goal is to "assess all options for change" in order to "make the game truly international".

Since 1930's inaugural tournament, the men's World Cup has been played every four years. World War Two interrupted this schedule in 1942 and 1946.

Since 1991, the women's tournament is held every four years.

During this time, Daniel Levy, Tottenham chairman has been elected to the board.

Are Arsenal Any Better Under Unai Emery Than They Were Under Arsene Wenger?