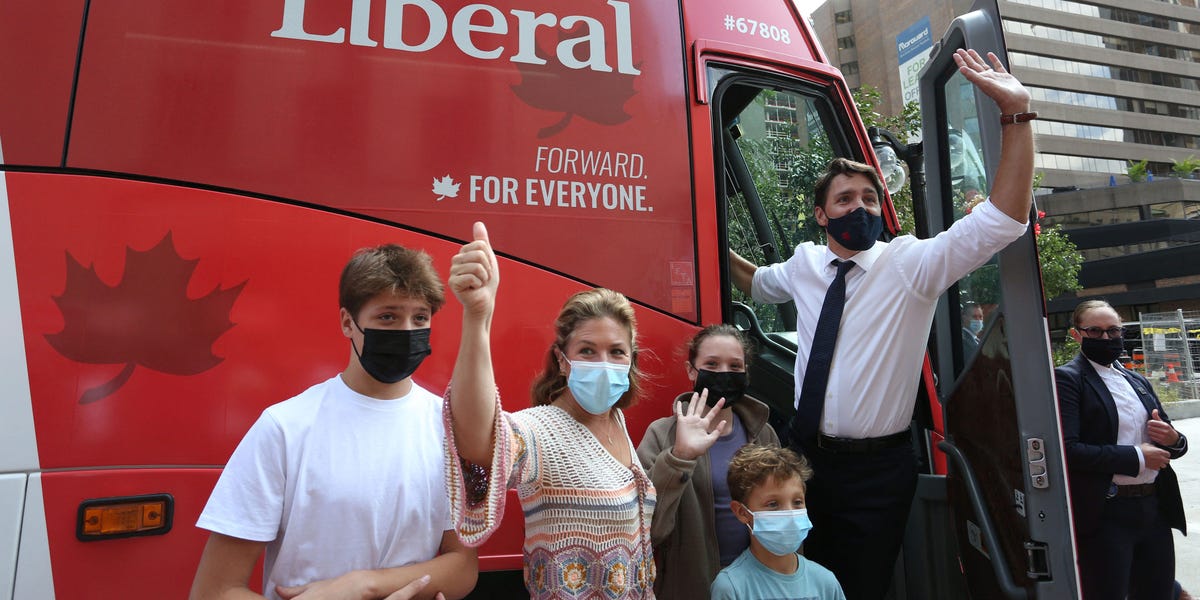 Trudeau has ordered all domestic rail and air passengers to get vaccinated, unless they are medically exempt.
On Monday, anti-vaxxers arrived at his campaign stop in Ontario and were pelted with gravel.

Trudeau, who claimed he was not hurt, will be up for reelection in September 20.

Canadian Prime Minister, who is running for reelection in September, was campaigning before the September 20 general elections.

A number of small objects flew past Trudeau while he was stepping into his campaign bus, according to footage posted on social media.

Here's a video from the moment, as tweeted by Sarah Sears, CBC journalist:

Trudeau claimed he was not hurt and compared it to when someone hurled pumpkin seeds at Trudeau.

According to The Washington Post, Trudeau told reporters that there were "little bits of gravel" on Trudeau's Liberal Party campaign plane. It's not a big deal.

Annie BergeronOliver, a CTV reporter, later tweeted that two members her media crew had been hit by gravel but were not injured.

Trudeau is currently facing wide opposition to his decision that all federal civil servants as well as all domestic train and air passengers must be vaccinated, except where medically necessary.

Anti-vax protesters were seen at many of his campaign stops. This includes those held this week in Welland, Newmarket and both in Ontario.

A Trudeau campaign event was cancelled for Bolton, Ontario in late October after Canadian officials determined that the protesters posed a threat to security, CBC reported.

CTV reported that Trudeau stated Monday that he would not back down on his promise, despite opposition by "anti-vaxxer mobs".
unlesspeltedtrudeaugravelwasntshowedprotestersshowsvideocampaignontariojustinantivaxtweetedstopvaccinated
2.2k Like