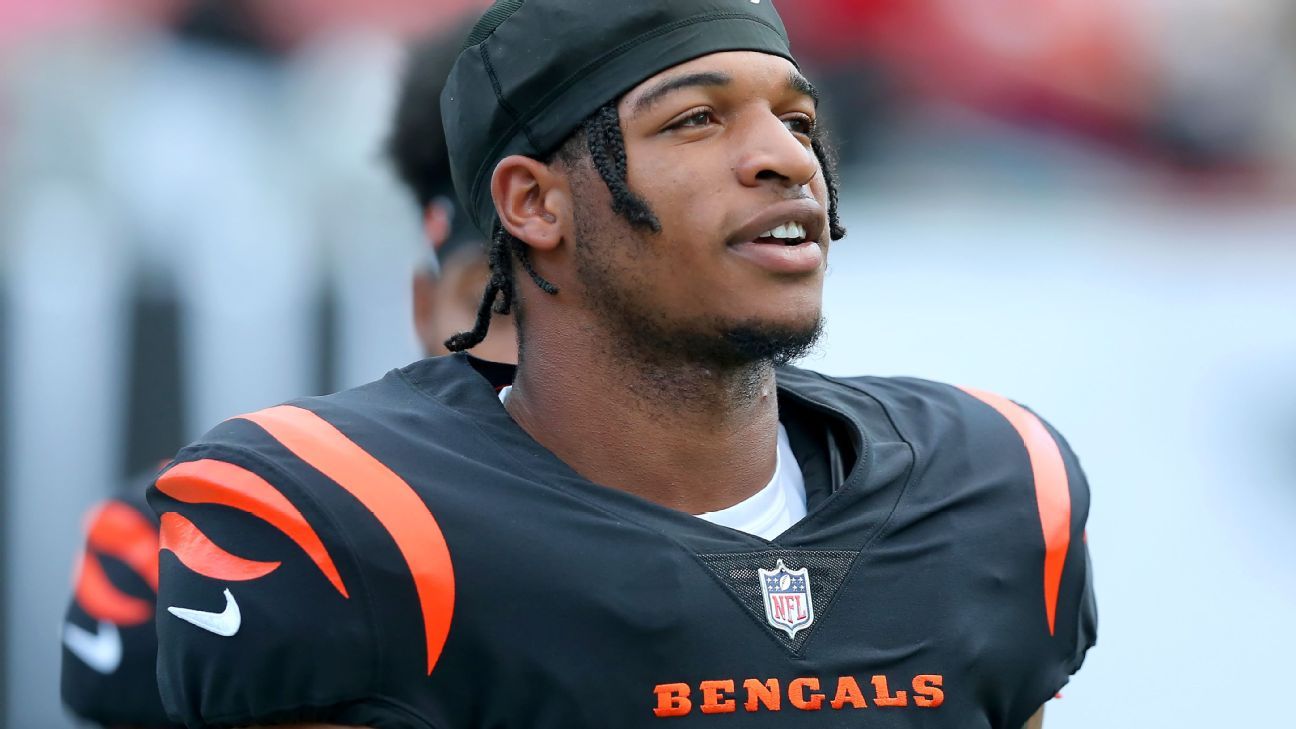 CINCINNATI -- Bengals wide receiver Ja'Marr Chase was not afraid to share one of their biggest preseason stories.
This year's fifth overall draft selection has been struggling with multiple drops throughout the offseason, training camps, and during the preseason games. Chase stated that the reason for the missed catches was a lack focus and concentration. This was his first news conference since the issue became more apparent. Chase admitted that he didn’t get as much from his first NFL preseason.

Chase stated, "I know that I left a lot out there," Chase said, "But it's all in my time to get better. I don't fear getting better. It's why I'm here -- to work, get better, make my team better, and make my organization better. According to ESPN Stats and Information, Chase lost 4.8% of his targets in his 2019 season at LSU. This was less than the average Power Five wide receivers. He was awarded the Biletnikoff award, which recognizes the college's best receiver.

Chase's transition to Cincinnati has not been easy. Chase failed to catch all five of his targets in the preseason. This includes quarterback Joe Burrow's first pass since his knee surgery.

Chase stated, "If you look at it, I leapt in the air when that ball got to me." Chase said, "That's because my eyes were not focused on the ball. I didn't keep still. This makes it easier for me to adjust my eyes to make the ball move.

Taylor stated, "I see how he prepares in a building during practice so I don't worry." We'll move forward, and I expect great things from him.

Former LSU star Chase said that not playing in 2020, after he opted out, could be a factor in his early problems. Chase also mentioned adapting to the larger ball that the NFL uses, which also has different markings.

He spends a lot of his offseason time working on his issues. According to Chase, he has been catching 40 tennis balls per day to improve his hand-eye coordination. He also practices drills using the Jugs football machine. Chase was not lacking confidence despite his difficulties.

Chase seemed to enjoy the challenge of facing Patrick Peterson, a Vikings defensive back who is one of the most talented LSU defensive backs. Peterson, 31 years old, is a three time All-Pro selection and an eight-time Pro Bowler.

Chase stated, "I could put Patrick Peterson onto my highlight tape." Chase said, "He might be mad that I'm saying it but, hey, it's part and parcel of the game. He would be a great player to have. Chase stated that he is relaxed and ready to prove why the Bengals selected him ahead of his official NFL debut.

Chase stated, "Everyone wants this and that, but it's me who is excited to show you literally me." Chase said, "I'm excited about doing what I came here for."

Waynes against a former team: Trae Waynes, the Bengals' starting cornerback, will not be playing in Week 1, Taylor announced Monday.

After Waynes sustained a hamstring injury during training camp, Eli Apple will be the first to start. Taylor stated that Waynes was not placed on injured reserve by the Bengals and that the team hopes he will be able to play in Week 2 or 3.