UConn says football coach Randy Edsall to step down immediately, instead of at season's end 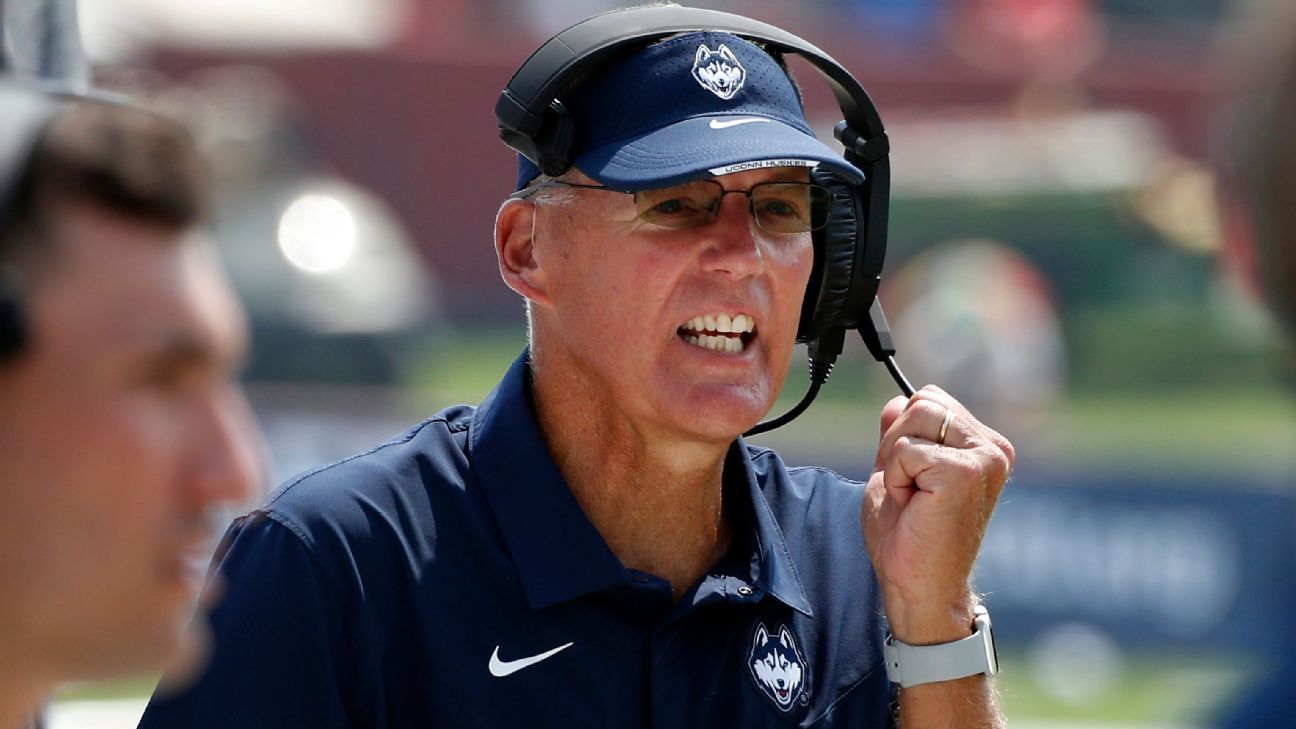 Randy Edsall, UConn football coach, is not waiting for the season to end in order to retire. He will step down immediately.
The school announced Monday that the plan was to change. It said that Edsall had reached a mutual decision with David Benedict, director of athletics, and that Edsall should resign immediately.

Lou Spanos, defensive coordinator, will be interim head coach during the remainder of the season.

Benedict released a statement, "After further reflection by Randy and me, and having had the opportunity to meet with Randy today,".

Monday marks the end to Edsall's second tenure as UConn's head coach -- only two games into his fourth season, during which the Huskies were 6-32.

The Huskies, who were unable to play last season because of COVID-19, are now 0-2 with losses to Fresno (an FCS program) and Holy Cross (a FCS program).

Edsall was once the face of UConn football. He led the program from Division I to the FBS.

Before joining the Big East in 2004, the Huskies were an Independent program. Edsall guided them to two conference championships, and to the Fiesta Bowl in 2010.

Edsall moved to Maryland where he finished 22-34, before being fired halfway through his fifth season.

Edsall spent a year working as a consultant for the Detroit Lions. He returned to UConn in 2017.
seasonsendprogramwentuconninsteadimmediatelyhuskiesfootballretireseasonedsallcoachsteprandy
2.2k Like