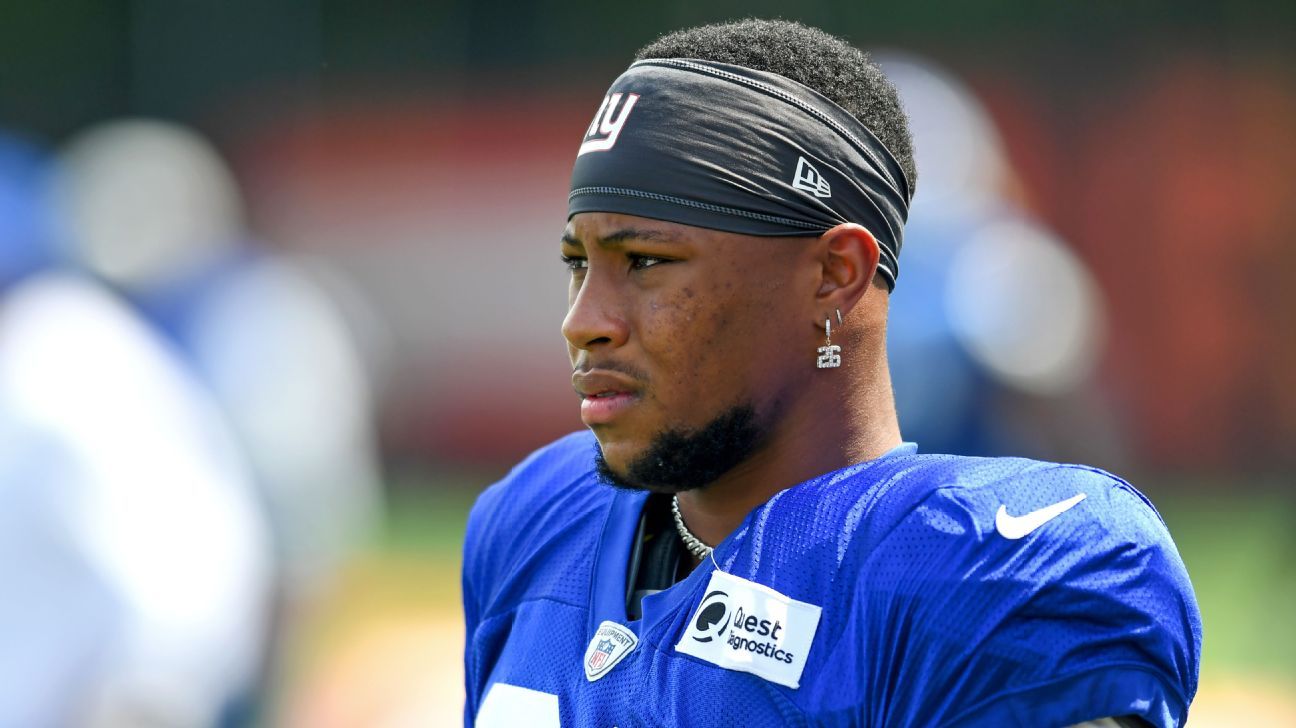 EAST RUTHERFORD (N.J.) -- New York Giants runningback Saquon Barkley jumped yet another hurdle last week when he made his first contact at practice late last Wednesday with no issues. Multiple sources reported to ESPN.
Barkley will be available for Sunday's game against the Denver Broncos on Sunday if all goes according to plan. Barkley's workload would be minimal as the Giants have a long-term plan for their star running back. ESPN's Jeremy Fowler reported last Wednesday that Barkley was moving in the right direction to play against Broncos with only a setback or the Giants possibly holding him back.

Coach Joe Judge stated, "I cannot speak for him directly, but he was smiling today."

Judge stated that Barkley would be "a little more" this week at practice. The status of the running back for the season opener will then be decided later in the week.

Judge stated, "I want him to respond to a few things within his body and make a best assessment going forward for me this week and going beyond that."

Barkley injured his ACL in his right knee in October. The Giants have taken extra precautions with their best offensive weapon this spring/summer. Barkley didn't appear in any preseason games and didn’t take part in live drills for more than two weeks. He was wearing a New England red jersey, which is no-contact.

He had his first contact with the outside world during a padded practice at the Quest Diagnostics Training Center on Thursday.

Barkley stated that he felt good about practicing and that he was able to practice with the entire team. "Think about that. It was a great feeling to be out there, and I am just getting ready for the season.

Only Evan Engram (calf), a tight end, is likely to be absent Sunday's match.

Cowboys' Ezekiel Elliott Tweets About Critics: 'Put Some RESPECT on My Name'