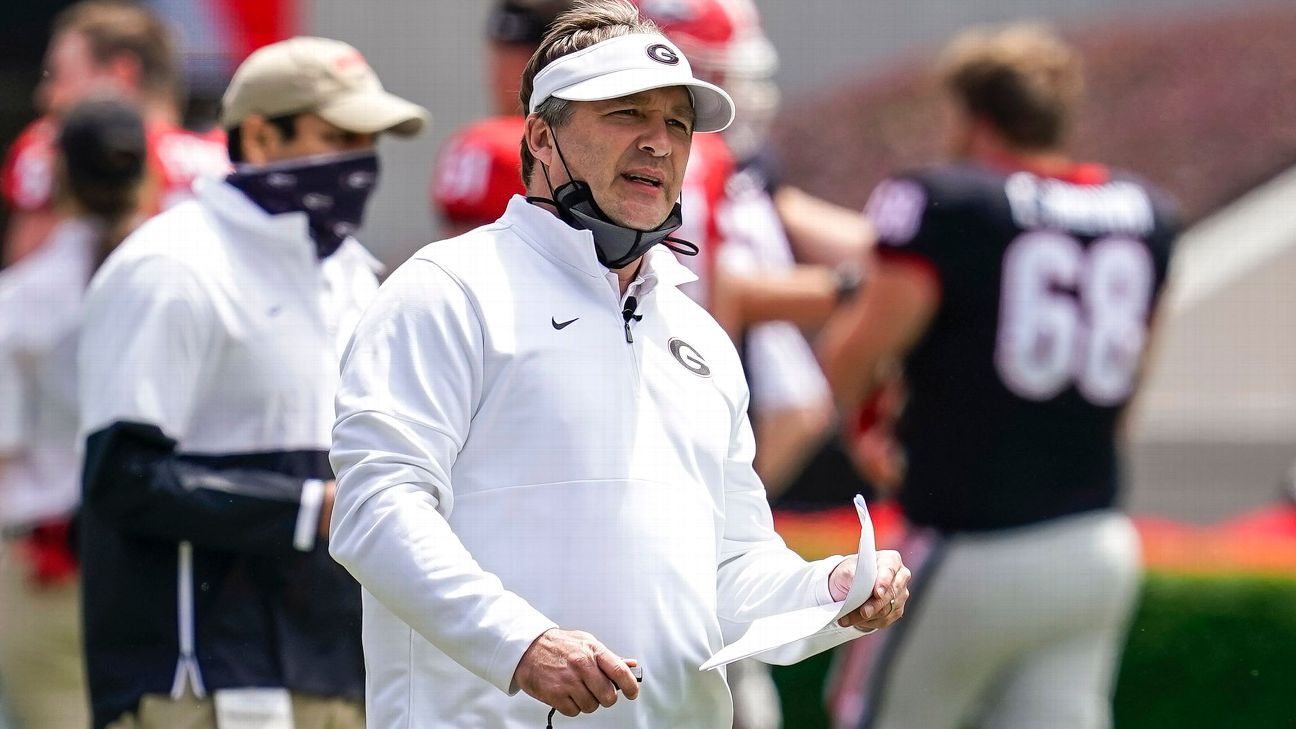 Georgia will host its first home match against UAB at Sanford Stadium Saturday. Coach Kirby Smart stated that three to four of his players have been sidelined by COVID-19.
Smart refused to identify the players during Monday's teleconference with reporters. It is not known if they will be available for Saturday's game against the Blazers (3:30 p.m. ET, ESPN2.

Smart stated, "I'll be truthful with you, that I'm as worried as ever, because there are three to four COVID guys and a few staff members who have been with COVID recently." "We're at the highest spike for us. People are talking about vaccinations. These are people who have been vaccinated. We are talking about breakthroughs. This concern you not only for your unvaccinated team members, but also for those who are not playing. Because we want everyone to be safe. It is concerning to me that some of the vaccinated players could be lost.

Ron Courson was last week diagnosed with COVID-19. Courson didn't travel along with the team on Saturday's victory over No. 3 Clemson.

Smart stated that Ron is doing well, and that he has had a difficult run. "Ron is the hardest worker I have ever seen in my life. He's never missed a day at this building. He has never been absent twice in a row, even spring break, and it is killing him to not be there. He seems to be in good health and he will hopefully be back."

Smart stated last month that more than 90% Georgia's coaches, players and staff had been vaccinated against COVID-19.

Georgia does not require fans to present proof of vaccinations or negative COVID-19 tests to be admitted to Sanford Stadium games this season. Capacity: 92,746

Smart stated that this is the highest point we have been since fall camp. "I believe there's this relief that makes you guys feel like things are back to normal. But it's not right now."
teamrightdespitekirbystadiumspikegeorgiaexperiencingstaffsanfordfootballhighestplayersvaccinatedthinksmartcovid19talking
2.2k Like