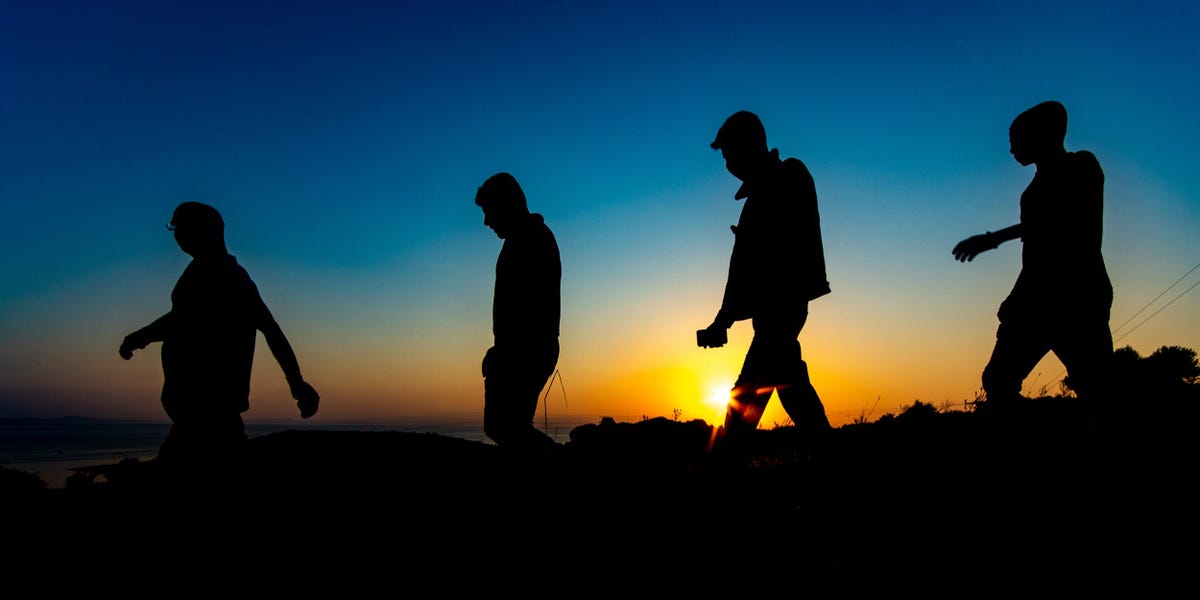 According to the Associated Press, an American citizen and his family fleding Afghanistan were assisted across the border by the US.
They fled Taliban-controlled Afghanistan via "overland" routes.

Officials from the Biden administration claim that "around 100" Americans are still in Afghanistan after the US pulled their troops out.

This was the first time that an American family had been assisted to cross a land border. It took place on August 30, when the last American military planes left the country.

According to the AP, the unnamed official would not give details about the escape route or the country where the evacuees arrived in order to preserve its viability for future missions.

American Embassy officials met with the group at Afghanistan's border. The group could have travelled by land to reach the border, but they would have arrived on foot or in a car.

All but Iran, have American embassies. Due to the tension between Iran and the USA, it is likely that the overland escape would have been to one of the more friendly nations to the US.

After the US' withdrawal from Afghanistan, it has been difficult to airlift additional Americans out of Afghanistan. Rep. Michael McCaul from Texas warned Sunday of a "hostage situation" at Mazar-i Sharif International Airport in northern Afghanistan. Six planes were stopped leaving.

McCaul, the Republican leader of the House Foreign Affairs Committee said that six planes are at Mazar-i Sharif Airport.

On Sunday, White House Chief of staff Ronald Klain stated on CNN's "State of the Union", that approximately 100 US citizens remain in Afghanistan. He also said that the Biden administration has been in contact with all Americans who have been identified as being in the country. Klain stated that "we are going to find ways to get the ones who want to leave Afghanistan,"

This is not the first time the US has had the need to take extreme measures to free its citizens from hostile South Asian and Middle Eastern countries. Following the 1979 Iran hostage crisis, the Central Intelligence Agency and the Canadian government flew American diplomats out of Iran using assumed identities in 1980.

The Taliban flag is now flying over Afghanistan's border, including near Chaman in Pakistan.

An Afghan flag is flown at the Afghanistan-Pakistan border. -/AFP/Getty

In the wake of the US withdrawal, other European and Middle Eastern countries have taken a tough stance on immigration across their borders. According to the Guardian, Turkey is strengthening its border with Iran with three-meter tall concrete slabs. Meanwhile, Greece has completed a 25-mile wall along its border with Turkey according to CNN.

According to Reuters, soldiers constructed a temporary border of barb fencing between Belarus and the European Union at Poland's border to stop the influx of migrants from neighboring countries like Afghanistan and Iraq.
citizensincludingfamilyiranescapecountryafghanistanofficialscitizenhelpedcountriesborderaccordingrouteoverlandamerican
2.2k Like