Twins conjoined at the head were separated after a rare 12-hour surgery, meaning they can see each other for the first time 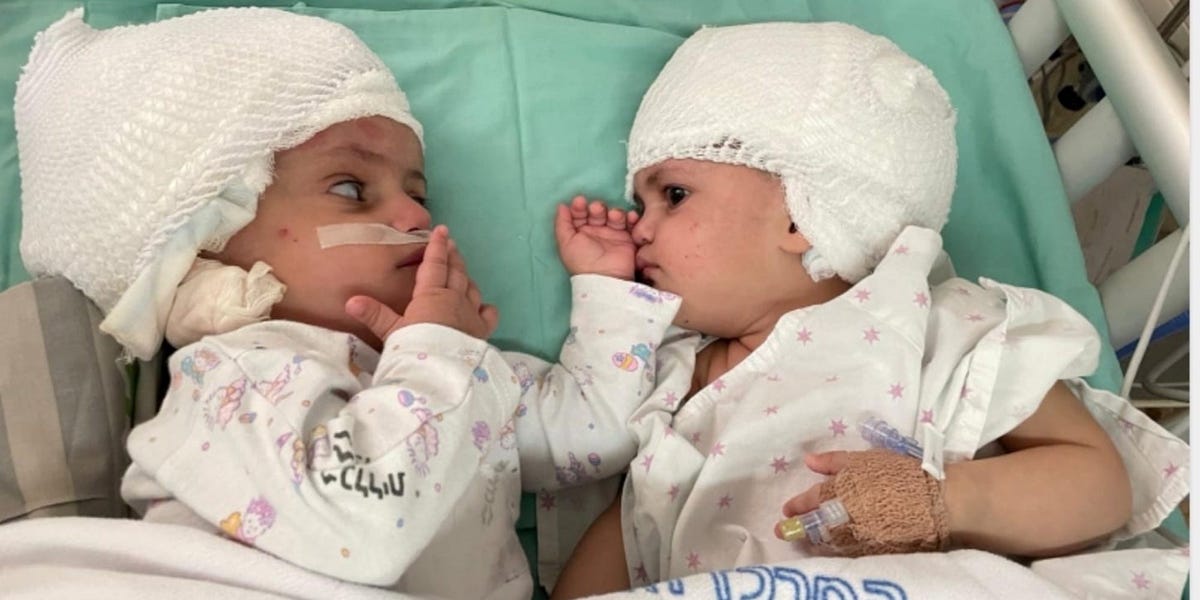 One-year-old twins were joined at the head and have now been separated.
The operation in Israel took 12 hours.

A hospital surgeon stated that the surgery was one of only 20 performed worldwide.

After a lengthy operation lasting more than 12 hours, a pair of Israeli twin girls aged one and a half years old were separated. They were conjoined at birth.

The surgery was performed at the Soroka Medical Center in Beersheva (Israel), on Thursday. The Jerusalem Post reported it on Sunday.

You can see footage of the twins prior to the surgery at the 15 second mark.

According to Israel's Mako news portal, only 20 of these operations have been performed around the globe so far.

The girls, who are not being named publicly, can now see one another for the first time since their separation.

The babies were born August 2020. They were attached to their heads by the back, which is a rare condition known as craniopagus twins.

Israel's Channel 12 reported that a team of 50 people, including surgeons from the US and UK, had been practicing for the surgery for around a year.

The team used imaging techniques such as MRT and CT scans and angiography to create a 3D virtual reality model that included the brain structures, skull bones, skin and shared blood vessels of the girls. Mako.

The BBC reported that silicone bags were inserted into the heads of the twins to stretch their skin. This was done in the months before the surgery.

The father of the twins told Channel 12 that he was thrilled to have the opportunity to lift the girls for the first-ever time after the surgery.