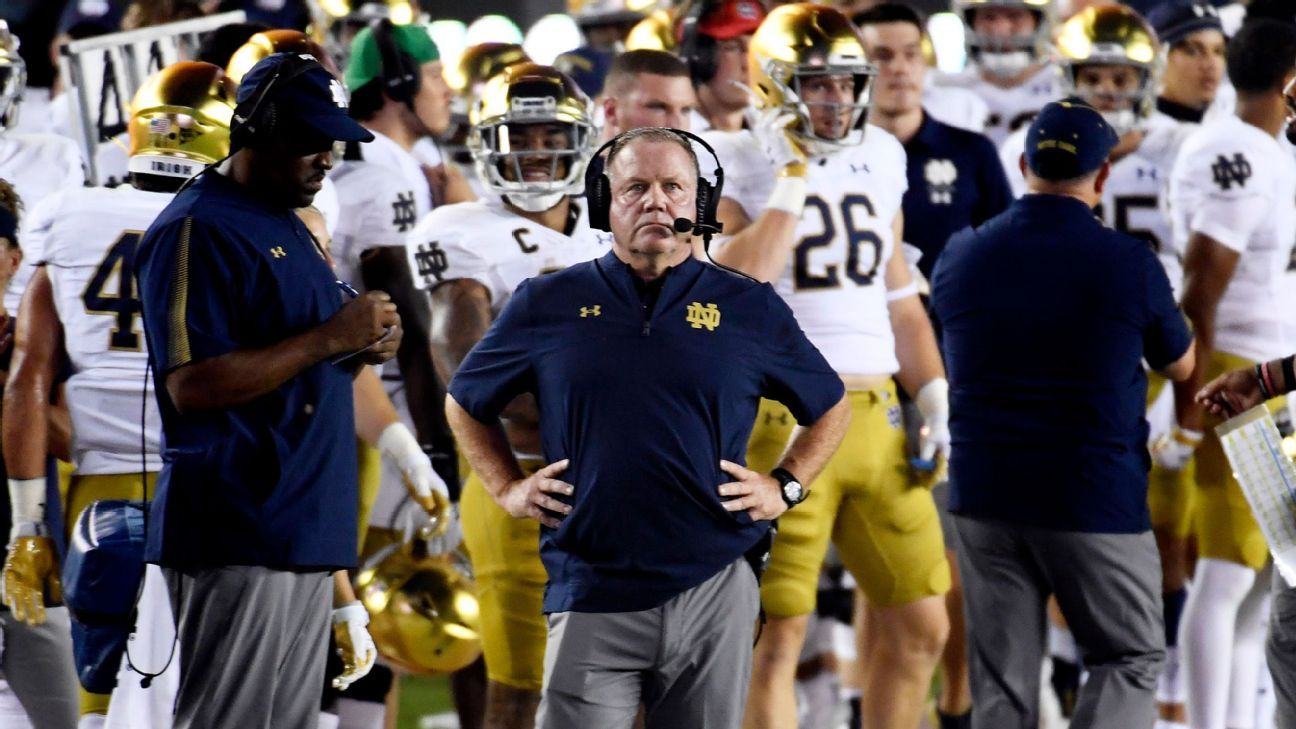 Brian Kelly tells the media that his comment about executing his entire team was tongue-in-cheek. He is referring to an old quote by John McKay, Hall of Fame coach. (1:51).
Brian Kelly, Notre Dame football coach, said he was joking after trying to recite a quote by John McKay (ex-Boston Buccaneers) following Sunday's overtime win over Florida State.

The ninth-ranked Fighting Irish was leading 38-20 at the start of the fourth quarter, but they were outscored 18-1 in the final 13 minutes 42 of regulation.

McKay was once asked about the execution of his Buccaneers team during their 1976 inaugural season. McKay famously responded, "I'm for it."

Kelly said to reporters in Tallahassee, "It's an older John McKay quotation." I was joking. It was tongue in cheek. Is it funny? It wasn't funny? It was funny. I was taken seriously? Are you people crazy?"

McKay was a coach in Southern California for 16 years and won four national championships before moving to Tampa Bay. In 1988, he was inducted into the College Football Hall of Fame.

Kelly stated, "It's John McKay's quote after a game." "I was just stealing one his old quotes and being hilarious, because nobody likes to laugh anymore. I'd love to go to the city with you on that.
teamfightingirishnotrecoachfunnytongueincheekexecutionmckaykellyquoteoldjokingjohntampaecho
2.2k Like