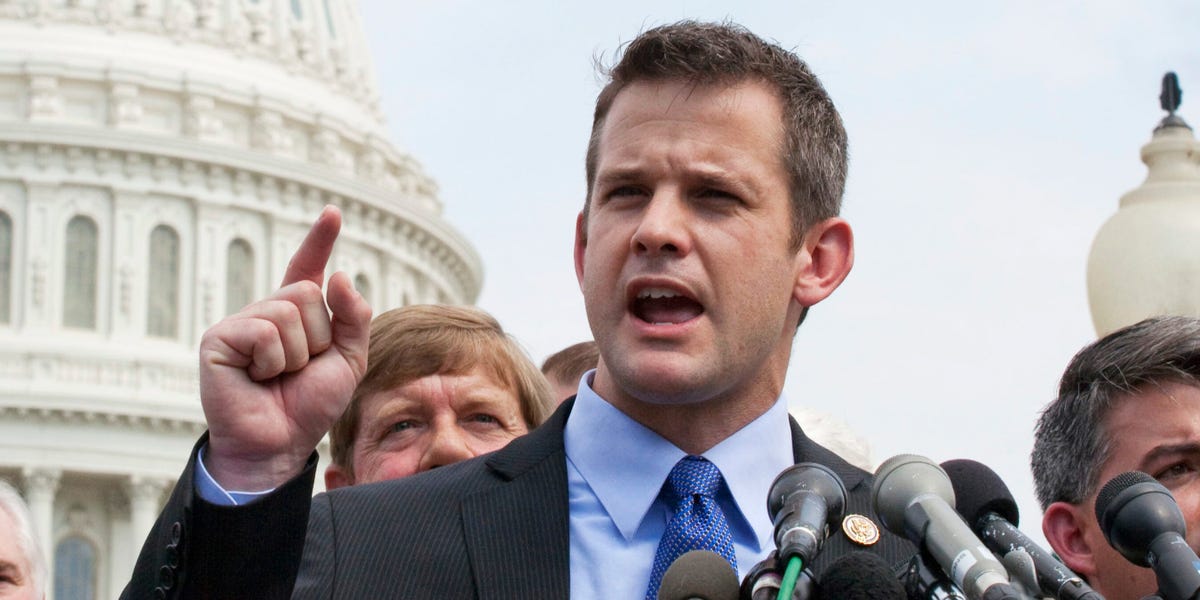 He said that the GOP shouldn't have a majority unless they "fight for conservative values."

This weekend, Adam Kinzinger, an Illinois Representative, told CNN that he does not believe the Republican Party should win majority support unless it "actually tells the truth and fights to protect conservative values."

Kinzinger said to CNN's Dana Bash, that he was still a Republican and he wanted to see "actual Republican Values" in the majority.

"All I can tell you right now is that my party must embrace truth. Kinzinger stated that we must have a complete reckoning of January 6, and that we must reject conspiracy during his appearance on CNN's State of the Union on September 5. "I believe that if we are going to be in control and pushing conspiracy, division, and lying then the Republican Party shouldn't have the majority."

Kinzinger, who holds a seat on House Select Committee to investigate January 6 Capitol Riot, is currently facing opposition from the GOP. His role in the investigation puts him in a precarious political situation.

Andy Biggs, Arizona Rep., and the House Freedom Caucus called on Kevin McCarthy, minority leader, to remove Kinzinger, along with Wyoming Rep. Liz Cheney from the House Republican Conference. Cheney and Kinzinger were two Republicans nominated to the panel by Speaker Nancy Pelosi.

Kinzinger accused his GOP friends in the House Freedom Caucus of supporting Cheney's and Kinzinger's removal as they were supportive of "bloodshed and flirting with white nationalism."

Andy Biggs will have his way. We will be the party where truth-tellers, and people who want to stand up in support of the Constitution, such as Liz Cheney, are kicked out. There's no place for truth. Kinzinger said that he would encourage his fellow Republican Party colleagues to not only resist this move but to speak out openly and honestly.

He said that he was not worried about his future with the party but that the GOP needs "desperately some people to stand up for the truth."

Kinzinger, an anti-Trump Republican who has made a name for itself, called the GOP's demands that he be punished for his service on the House Select Committee "petty."

After hearing the testimony of officers about the violence and racism they suffered, the Illinois lawmaker was seen crying at the Committee's July 27 hearing on Capitol riot.

An Insider database shows that more than 630 people were arrested in connection to the riots. The charges include assaulting law enforcement officers and disorderly conduct within a restricted building. According to Axios, more than 1,000 assaults were made against police officers in January 2006.
shouldntwinpushingliesmajoritykinzingergopadamhousetruthpartyrepthinktoldrepublicandivision
2.2k Like