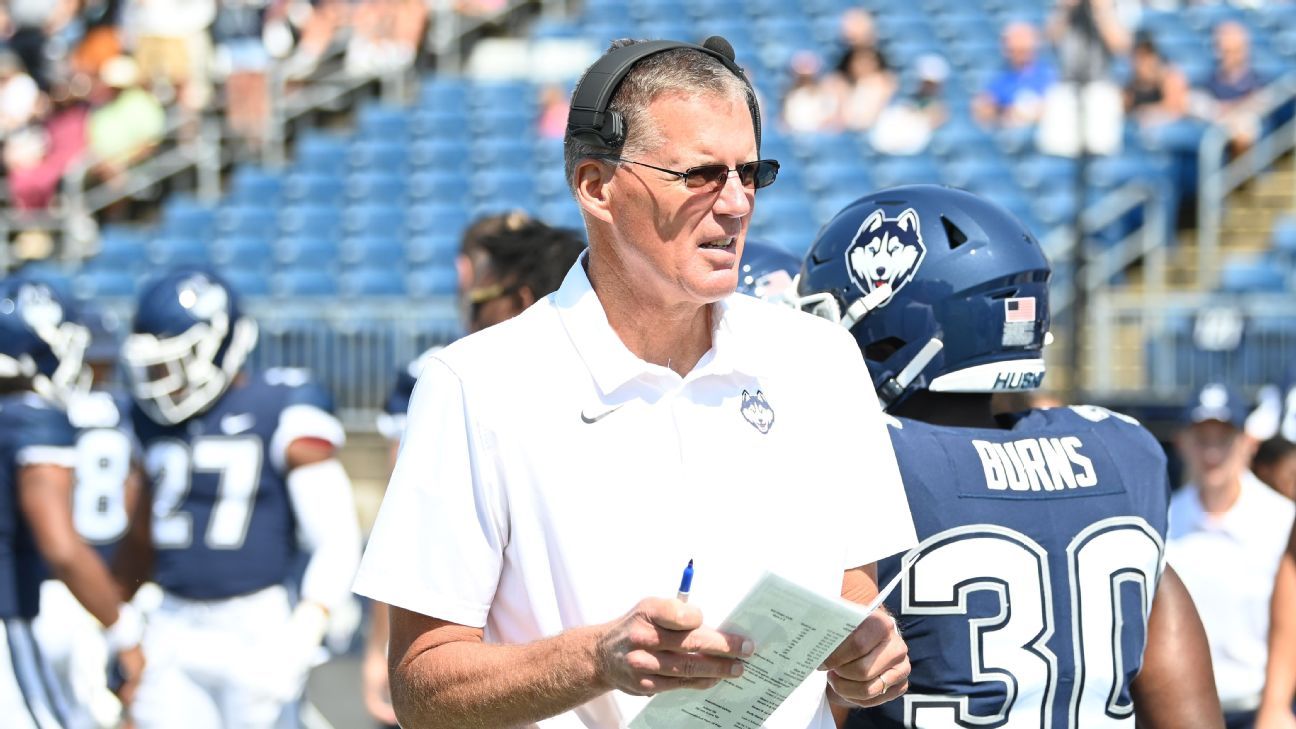 After four years of a second stint at UConn, which hasn't been nearly as successful as the first, Randy Edsall announced that he would be retiring at the end this season.
This announcement comes just 24 hours after the Huskies fell to Holy Cross, an FCS programme. The Huskies are now 0-2 in the season. Fresno State was their other loss.

UConn, which was unable to play football last year due to COVID-19 is now 6-32 under Edsall. This is a far cry of the success he had his first time with the Huskies.

Once he led the program from Division IAA to Division I-A. He was a fixture in bowl season. UConn reached five bowl games between 1999 and 2010.

Edsall, now 63, left Maryland in 2011 to become the Maryland head coach. He was fired halfway through his fifth season after accumulating a record of 22-34 for Maryland. In 2017, he returned to Storrs.

Edsall released a statement saying that after 17 years of service as the University of Connecticut's head football coach, he had decided to step down at the end of the current season. "I made a commitment back in 2017 to the university. However, I felt it was better for me to announce this now than at the end of the season to give the university plenty of time to plan for the future.

"All my attention and focus for the remainder of the season will go to preparing our coaches and players to win as many games possible,"

David Benedict, UConn's athletic director, praised UConn’s graduation rate under Edsall and how it produced NFL talent. He also made an appearance at the Fiesta Bowl 2010.

Benedict stated that while the program was unable to regain its previous success, Randy made the decision to retire at season's end. "As with all of our teams, I continue to evaluate the football program and make the best decisions for our student-athletes.

The school stated that a nationwide search for Edsall's replacement would begin immediately.