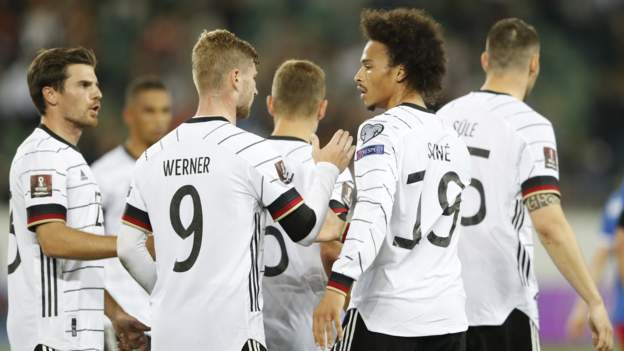 Last update on.
Timo Werner touched the ball only 18 times, despite being in the game for the whole time - but he scored Germany's opening goal.

To give the Germans an advantage in the 41st minute, Timo Werner of Chelsea slotted the ball between Benji Bookel's legs after Jamal Musiala's pass.

Leroy Sane won the match with a fine solo goal during the second period.

They are still one point behind Group J leaders Armenia who drew 1-1 with North Macedonia.
worewinhansigermanyflicksstartsballupdated02gametotaltimotimesliechtensteintouchedminnowswernerreign
2.2k Like