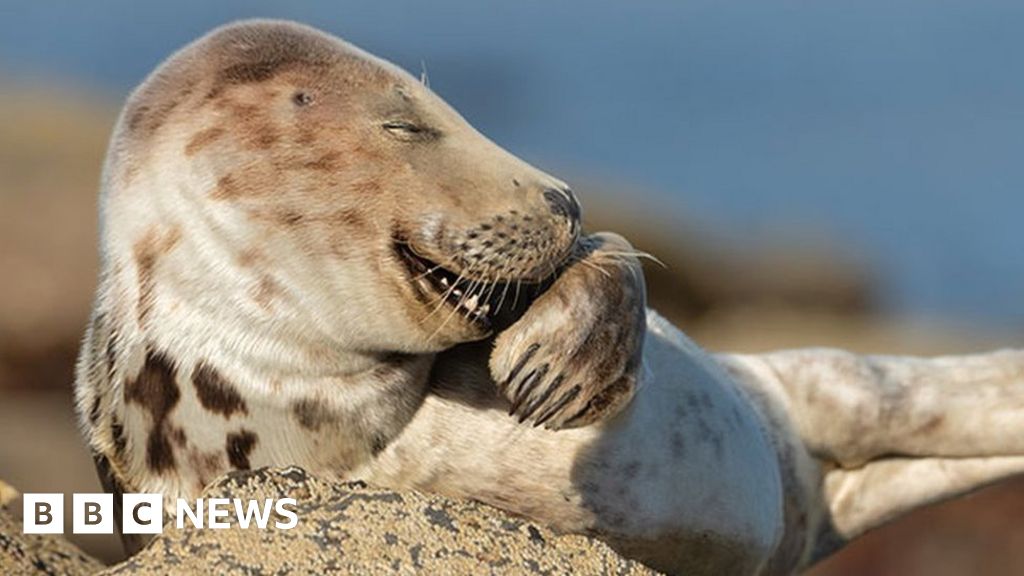 The finalists include a seal that seems to laugh, a baboon who looks like it is singing, and an angry starling. These are just a few of the hilarious moments captured by international photographers.

Paul Joynson Hicks and Tom Sullam founded the Comedy Wildlife Photography Awards. They are both passionate conservationists and professional photographers.

The competition, which is co-hosted by Save Wild Orangutans, aims to provide some light-hearted relief and highlight the importance of wildlife conservation in a positive and engaging way.

On 22 October, the winners will be announced during an awards ceremony.

Here are some finalists' entries to make you smile.

Taken in Taiwan, Chu han Lin shows you who leaps the highest.

Clemence Guiinard took this picture of a baboon that feels like a tenor in Saudi Arabia.

Drawing me like one your French bears by Wenona Sueydam, taken in Kodiak (Alaska), USA

Bird Photographer of the Year contest