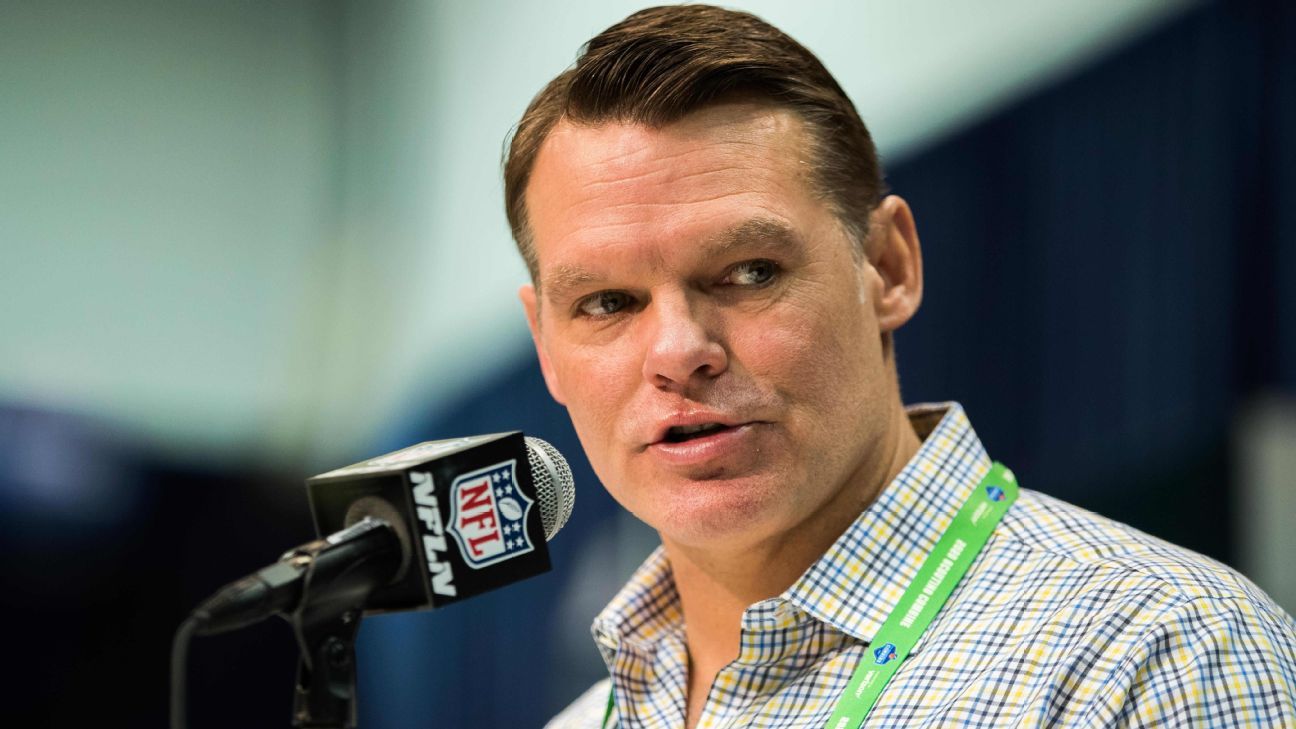 INDIANAPOLIS -- Colts general manger Chris Ballard stated Wednesday that he believes everyone should be vaccinated against COVID-19.
Ballard spent much of his annual media session prior to the start of the regular-season answering questions about the vaccination status of a number his players. After being in close contact with a Colts employee who had tested positive, quarterback Carson Wentz and center Ryan Kelly were placed on the reserve/COVID-19 roster Monday.

If they are still symptomatic and have not had negative tests, Wentz, Kelly, and Pascal may return to the facility on the sixth day. They were not vaccinated against the coronavirus. The close contact status of the players is a sign that they have not been vaccinated. According to NFL protocols, only positive tests will be added to the list.

Ballard stated that there are consequences for not getting vaccinated. Do I believe everyone should be vaccinated?" Yes. Yes. Coach Frank (Reich), is for the vaccine. There are many men on our team who support the vaccine. Is it perfect? It's not perfect. It's a good thing.

It can prevent you from being in a serious situation and ending up in the hospital. It can also help to stop some spread of the disease, which are both positives. The guys who choose not to get vaccinated understand that they are still part the team. It is their choice, but they must take care of the team.

The Colts have one of the lowest rates of vaccinated NFL players. After reducing the roster to 53 players on Tuesday, Ballard refused to give an exact figure. Many players, including Wentz have declined to answer if or why they are not vaccinated.

Ballard stated, "Look, my head can smash against the wall." "I can go into there and raise all sorts of hell and then go off. This is not how we roll. I believe in my guys. I believe in the values they hold and will stand with them. We will continue to work on vaccinations. We are not done educating. They understand that they must follow the protocols and live by them. We'll do our best to do that.

Since the beginning of training camp, the Colts have been hard hit by players who were placed on the COVID-19 roster. After Quenton Nelson, a guard, was found in close contact with a positive test, they removed him from the COVID-19 list. Eric Fisher, left tackle, is currently in recovery from a torn Achilles and was placed on the COVID-19-list Aug. 26. T.J. Carrie (cornerback), Julien Davenport (offensive lineman), Al-Quadin Muhammad (defensive lineman) and Xavier Rhodes (cornerback) have all been on the COVID-19 list. At different times during training camp, Reich and Matt Eberflus, the defensive coordinator, tested positive for COVID-19.

Like every other team in the league the Colts will need to adapt to any player who is forced to miss games due to the pandemic. Because Wentz was not vaccinated, no player will be more scrutinized than Wentz. Wentz was acquired by the Colts from Philadelphia during the offseason. After a disappointing season, Wentz lost his Eagles starting job and has only participated in five practices since August 2. This is due to left foot surgery.

Ballard stated, "He's worked hard and been a great teammate." "When the foot thing occurred. I could see the frustration but also another look. "I'm playing." Let's take the bone out and get to work. It's a good thing.

T.Y. is a receiver who won't return anytime soon. Hilton. Hilton recently underwent surgery for a disk injury. The Colts will place him on the injured reserve, meaning he'll be out of at least three regular-season games. Hilton injured his injury in practice on Aug. 25, and was unable to play the rest of the season.

Ballard stated that he feels much better and has felt a lot of relief. T.Y. He's an extremely quick healer. He'll be there whenever he is ready. He'll always be there sooner than later.
covid19teamcoltsplacedpositiveclosegmplayerschrisunvaccinatedvaccinatedwentzindianapolisballardlistconsequences
2.2k Like