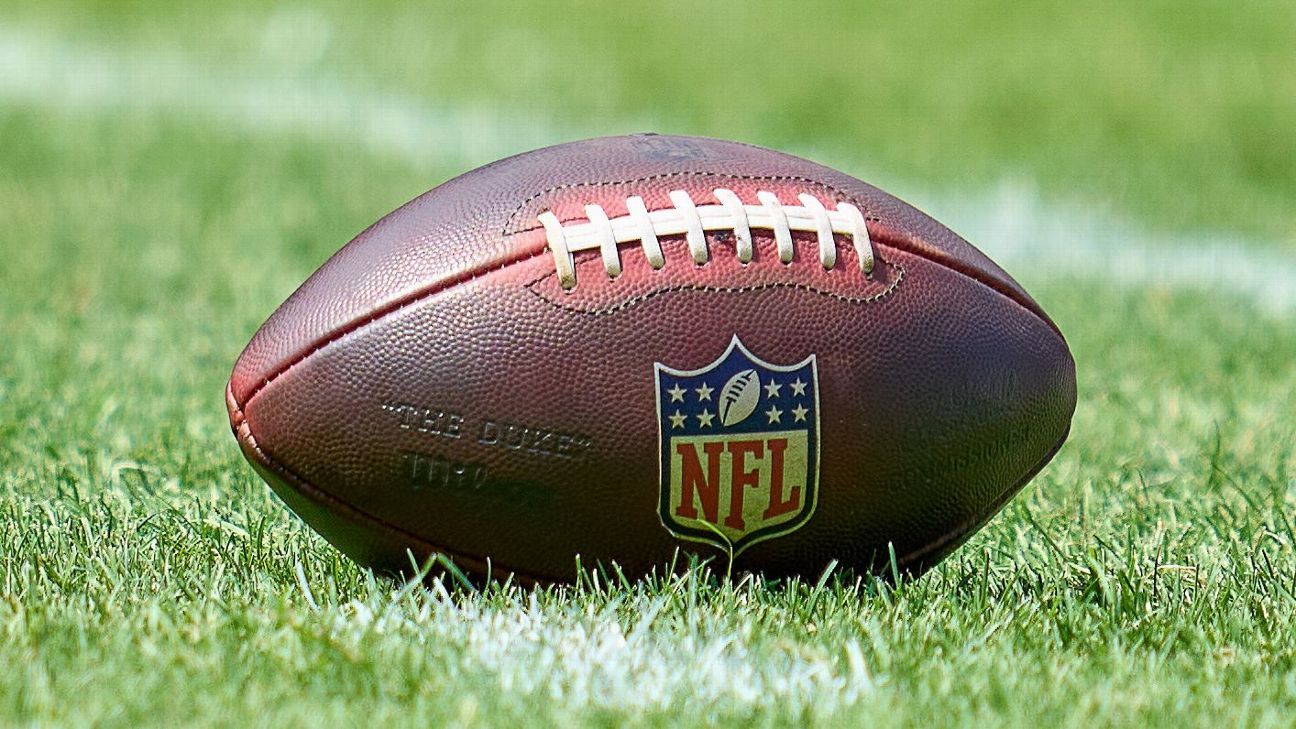 Jon Robinson, Titans general manager, says that the team is approximately 97-98% vaccinated. He also shares his personal experiences with COVID in recent days. (1:02).
The NFL Players Association accepted the NFL's proposal for more COVID-19 testing of fully vaccinated athletes amid the ongoing Delta variant surge. This is one of many tweaks that the sides made Monday to their respective protocols as the regular-season approaches.

The testing frequency for fully vaccinated players has increased to at least once a week, from once a week. They will have the option to test twice per week. Those with vulnerable cohabitants at their home can opt for daily testing according to protocols.

Since the beginning of training camp, the NFLPA has been pushing for daily testing of all players. However, Dr. Allen Sills, chief medical officer of the NFL, stated last week that the current data does not show whether fully vaccinated staffers or players have spread the virus to club facilities. He said that although testing did not prevent the outbreaks last year, other mitigation strategies such as masking and avoiding meals and in-person meetings proved to be more effective.

Sills stated last week that people tend to be focused on safety. "Testing does not prevent anyone from spreading the virus. While it is an important part of our mitigation strategy, it is not the only part. ... Although testing is a useful and beneficial tool, we make sure to use it intelligently and in a targeted manner. We also test the most vulnerable people and that is what we will continue to recommend. It's not the testing that will help us get through this surge, or to ensure our season's future.

Late last week, 93% percent of the players on training camp rosters had been vaccinated at least partially. This number could rise as teams reduce their rosters to 53 players each. During the regular season, the general principles of the NFL/NFLPA training camps protocols will not change. There will be no restrictions on fully vaccinated staff members and players.

Protocols similar to those in 2020 will be followed for unvaccinated players. The sides also agreed to the following:

* Fully vaccinated employees may be required to wear masks while working in the building, which includes those who are part of the medical, strength, conditioning, and equipment staff.

* Players who have not been fully vaccinated won't be required to wear masks outdoors, but they will still need to use masks indoors.

* Players who have been fully vaccinated can be considered "high-risk" close friends, but they won't be subject to the same five-day quarantine as unvaccinated people in similar situations. They would instead be subject to five-day daily testing and mandatory masking.
vaccinatedplayersnflpaweekfullycovid19acceptsproposalseasonweartestingtrainingdaysnflprotocolsincrease
2.2k Like