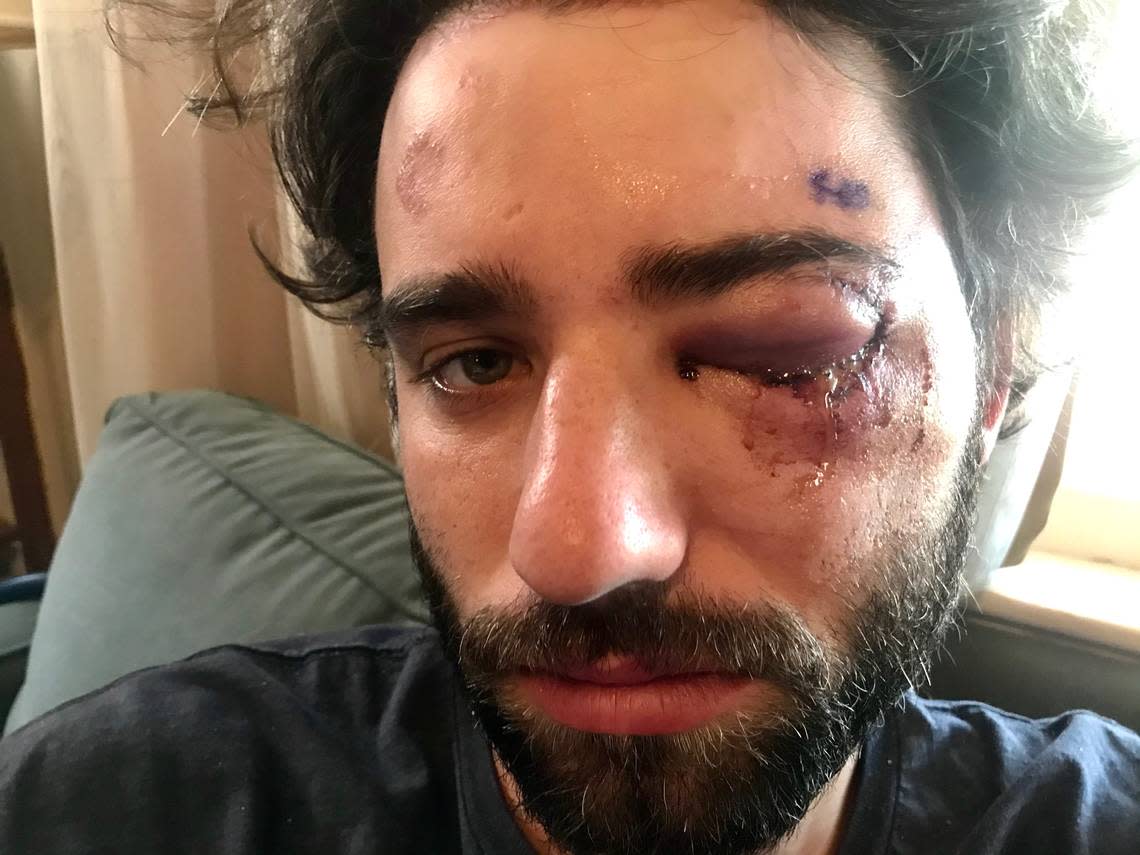 One eye of a Kansas City man has been permanently blinded by a projectile from the summer 2020 protests. He filed a lawsuit against Kansas City Police Departments Board of Police Commissioners.
Sean Sterns sustained injuries during protests in May 2020 at The Country Club Plaza, Kansas City. These demonstrations lasted for several days. In the aftermath of George Floyd's death in Minneapolis, they followed other protests in the country.

Stearns was struck in the eye on May 30, according to the lawsuit. The scat pack is a projectile traveling at high speeds and breaking apart into different projectiles.

He sustained a subdural hemoatoma, a ruptured left globe and multiple fractures. According to the lawsuit, he has lost his complete vision in his left eye.

The lawsuit also names Rick Smith, Chief of Police at Kansas City Police Department, and Jeffrey Spire, Missouri State Highway Patrol Trooper, who, according to the lawsuit fired the projectile which injured Stearns.

Smith is accused of allowing officers to fire on protestors without warning or in situations where they were not at imminent risk of injury to themselves.

The department was also accused of failing to supervise officers from other law enforcement agencies acting under KCPDs supervision.

Stearns claims that his First Amendment rights were violated, and that officers used excessive force.

KCPD stated that the department does not generally comment on pending litigation in order to ensure fairness for all parties.

Missouri State Highway Patrol stated that it is unable to comment on pending or current litigation.

Other legal actions have been taken against Kansas City police officers as a result of the summer 2020 protests.

The department reached an agreement with a man who was injured by a teargas canister. It is also a defendant in a continuing lawsuit brought by a father and daughter who were pepper sprayed.
sueshitkansaslostsightdepartmentprotestermanprotestkccityinjuredeyeprojectilelawsuitprotestsofficers
2.2k Like