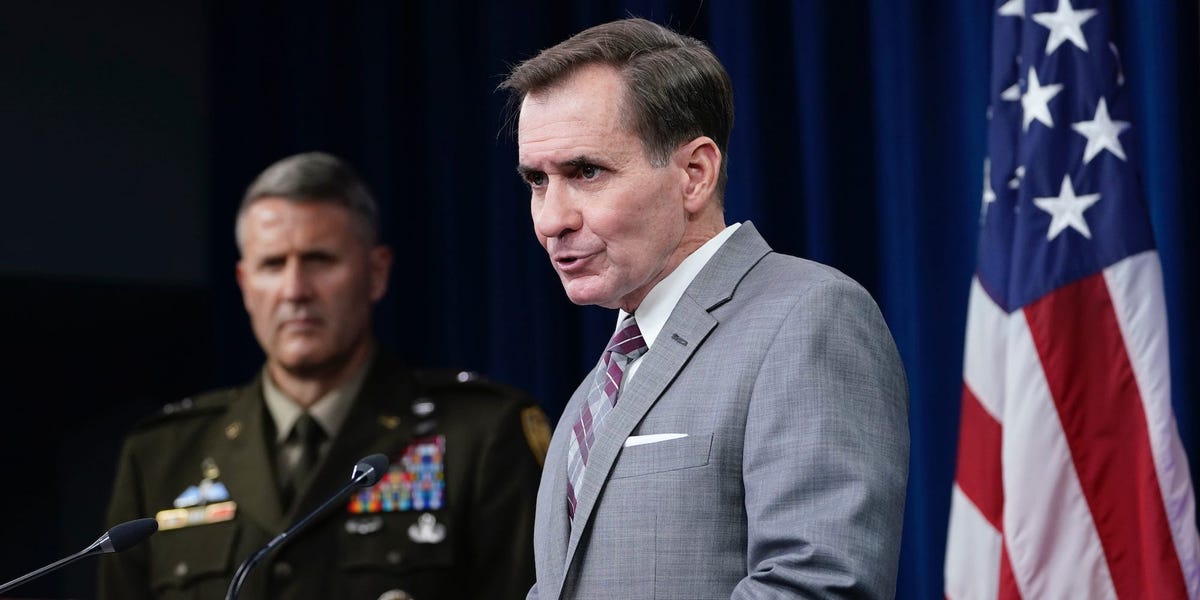 Officials from the Pentagon said that two ISIS-K targets were killed in an airstrike by the US on Saturday.
According to a Pentagon official, one of the targets was a planner and the other was an "facilitator".

Biden said Saturday that the retaliatory strike was not the last.

The Pentagon announced Saturday that two ISIS-K members, who were highly visible, were killed in a retaliatory strike against the Islamic State group in Afghanistan. A third was also wounded.

John Kirby, Department of Defense press secretary, told reporters during a press conference that the targets killed were a "planner", and a" facilitator.

Although it is not clear if ISIS-K members were involved in the attack on Kabul's airport, Pentagon officials stated Saturday that both individuals had planned to attack Americans. They didn't identify the targets.

Kirby stated, "The fact that these two individuals are not walking the face the earth is a good thing."

Kirby stated that no civilians were injured in the strike.

The US responded to ISIS-K's suicide bombing attack at Kabul Airport on Thursday, killing at least 169 Afghans as well as 13 US service personnel.

In a statement Saturday, President Joe Biden stated that Friday's retaliatory strike was not the last.

He said, "We will continue to pursue any person involved with that heinous attack. And make them pay."

Biden warned that there is still a high possibility of terrorist attacks at Kabul's airport before the troop withdrawal date of August 31.

Biden stated that "the situation on the ground remains extremely dangerous and terrorist attacks on airport remain high." "My commanders informed us that an attack on the airport is very likely within the next 24-36 hour."

Biden stated that evacuations continue up to August 31. Biden stated that another 6,800 people had been evacuated Friday, which included hundreds of Americans.
pentagonfacilitatorwarnedkabulterroristkilledmembersisiskisisairportretaliatoryairstrikeplannerattack
2.2k Like